Twice is ready to release ‘FANCY’

Twice is ready to release ‘FANCY’ 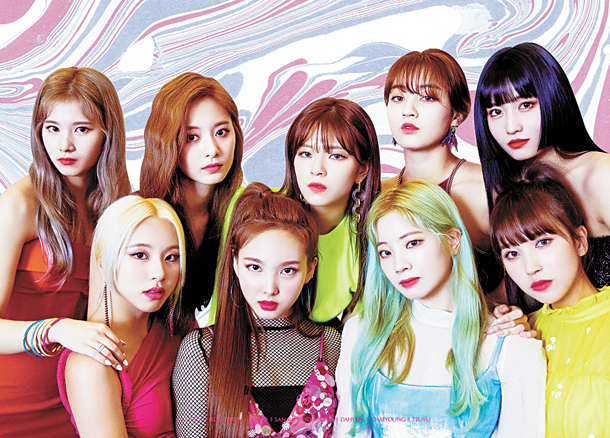 Fancy a new song to cheer you up? Then get ready for girl group Twice’s next single “FANCY,” which is set to be released on April 22, according to their agency JYP Entertainment on Monday.

Twice shared the news of their seventh EP, “FANCY YOU,” on Sunday at midnight through the agency’s official social media accounts.

The three posters contained images of the group clad in colorful summer clothes, as well as the title and release date of the upcoming EP.

“‘FANCY’ will be a bright song, made to capture the hearts of fans and the public,” the agency said.

Monday’s notice also came with news of the group’s upcoming world tour to begin with concerts on May 25 and 26 in Seoul, followed by stops in Bangkok, Manila, Singapore, Los Angeles, Mexico City, Newark and Chicago. The tour is set to wrap in Kuala Lumpur on Aug. 17.

On Saturday, during their concert in Nagoya, Japan, the group made a surprise announcement about their next Japanese release.

Their fourth Japanese EP “HAPPY HAPPY” will come on July 17, soon followed by the song “Breakthrough” on July 25.

Preorders for “FANCY YOU” begin today.