KIM KI-HEUNG
The author is a professor of humanities and social science at Postech. 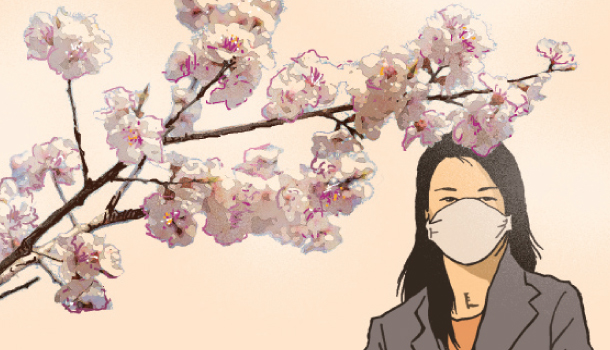 The blossom of the cherry trees is a beautiful marker of spring, but, at the same time, I feel sad: the people taking photos under the cherry blossoms ironically wear masks. Until recently, the arrival of spring coincided with yellow dust from China, yet lately, yellow dust has been relegated to mere memory, instead being replaced with the toxic chemical substance called PM2.5 fine dust.

As the public has come to fear fine dust, it has become a threat to individuals’ survival. The spread of fine dust containing heavy metal, nitrate, sulfate, used tire rubber and exhaust gas had lead to a state of disaster. In the recently released “State of Global Air” — a research project on air around the world — the lifespan of East Asian babies born today could be 20 days shorter than babies born elsewhere. Air pollution from fine dust has become an issue of survival and it is reducing the next generation’s life expectancy.

Fine dust indiscriminately incurs damage to people. Yet, surprisingly, the response to this disaster has been individualized, with people reacting to it on their own. Every morning, individuals check fine dust maps on their mobile phones and wear masks when they leave the house. Air is no longer fairly bestowed to the people by nature: it has become an artificial nature, one differentiated by people’s ability to obtain accurate information and buy air purifiers.

German sociologist Ulrich Beck claims the development of science and technology aggravates danger rather than reducing risk factors and securing safety. He diagnosed modern society as a “risk society,” warning that responses are very individualized and fragmented; when a risk is considered an individual problem, the response of the community is considered secondary.

The alternative to individualized risk is a long-term, systematic intervention in the community. We can learn from how London addressed its notorious smog. As sulfurous acid gas spread from the coal used at factories and homes, and that emitted by cars, about 4,000 people died from smog in 1952. The British government passed the Clean Air Act in 1956 to strictly regulate emissions from power plants, factories and homes. Ten years later, the level of sulfurous acid gas was reduced by half and air conditions gradually recovered.

In the long run, it is most important to systematically eliminate the causes of pollution. Researchers at Britain’s University of Surrey announced that the most effective way to prevent fine dust from cars is to build fences by planting short trees. Rather than having kids wear masks, building tree fences is the beginning of sharing the responsibility between the community and improving conditions for the next generation.