Lee Youn-taek gets 7 years in prison

Lee Youn-taek gets 7 years in prison 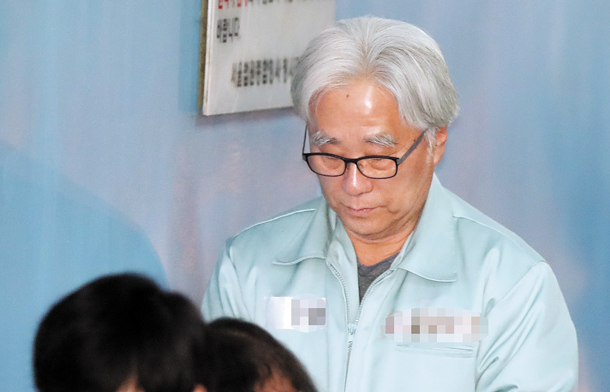 Playwright Lee Youn-taek was sentenced to seven years in prison for sexually assaulting members of his theater troupe on Tuesday afternoon.

Lee, the 67-year-old founder and former head of Street Theatre Troupe, was sentenced to six years in prison in September for sexually exploiting nine women on 25 occasions from July 2010 to December 2016.

He was arrested in March 2018 and indicted the following month.

While the first trial found him not guilty of committing “abuse of occupational authority” against an actor from a different troupe in 2014 because she was not under his “direct supervision,” Tuesday’s High Court decision found him guilty, adding a year to the previous ruling.

Lee reportedly said in his defense that he is being punished for mistakes that happened during performances.

“The unfairness that had been lurking underneath conventional norms in the past have now been exposed in the advent of a new era, and I face responsibility for that,” he said.

“I deeply apologize for those who have been harmed by me […] They were mistakes that arose amid [my career] in theatre.”

He now faces seven years in jail, 80 hours of sex crime therapy and 10 years of being banned from working at institutions related to children and teenagers, to commence after he serves his seven years in prison.