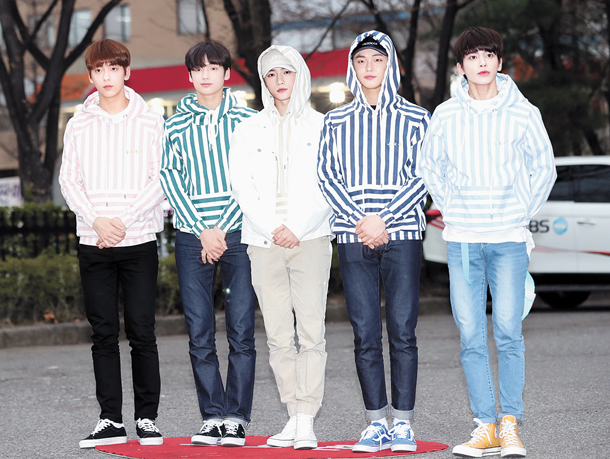 Rookie boy band Tomorrow X Together (TXT), will kick off its first overseas showcase series on May 9, just two months after its debut.

According to the band’s itinerary, it will meet fans in six cities. It will start its tour in New York on May 9, and then move on to Chicago, Orlando (Florida), Atlanta, Dallas and wrap up in Los Angeles on May 24.

Reservations for the events in each of the six cities will become available on April 19 at 4:00 p.m. through local ticket retailers.

TXT released its debut album “The Dream Chapter: STAR” on March 4 and hit number one on the iTunes Top Album charts in 44 different regions and also ranked 140 on the Billboard 200 album chart, becoming the highest-charting rookie K-pop band this year.