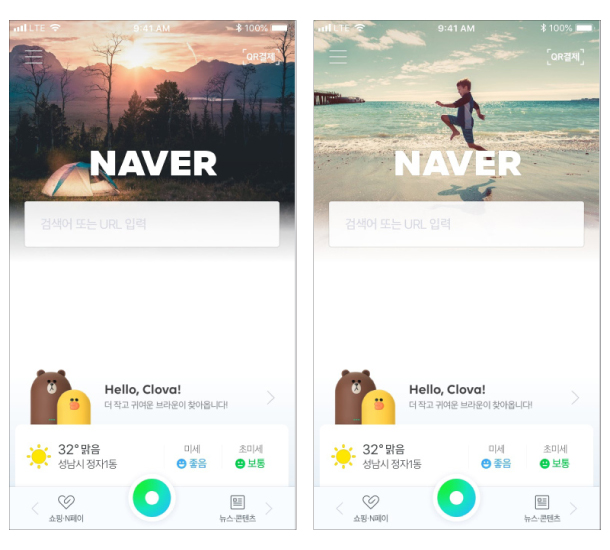 Naver is rolling out its new simplified landing page to its mobile app, starting from today.

The new decluttered front page will gradually be introduced, but will be standard for every user by the end of this month.

Last Wednesday, Naver removed its rolling bar of trending keywords and selected news articles from the landing page on its mobile web page. Instead of completely emptying the screen in the style favored by search engines like Google, the company stayed true to its portal sites roots through the edition of what it calls the “Green Dot.”

Back then, the company explained that an upgrade to the mobile app would be held off for a while as it tended to be used by older users more familiar with the old landing page. On both the app and the web page, users can manually choose to switch back to the old front page.

Response to the new landing page has been positive, said Naver. Eighty-five percent of Naver’s mobile page users have opted to continue using the simplified version.

“We can’t really know how users will respond to changes before they actually happen,” said a Naver spokesman. “But the reactions were pretty good, people were using it and we thought now we can try it on our mobile app as well.”

The attempt to remove the trending keyword bar and news section from the landing page came after Naver was at the center of the controversy last year that saw power blogger Druking use illegal software to manipulate online opinion on portal websites’ news sections. The Druking scandal raised questions over how Naver was managing its trending keywords and news.