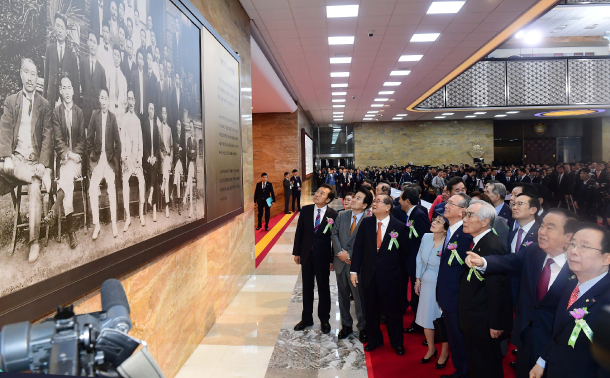 Prime Minister Lee Nak-yon, National Assembly Speaker Moon Hee-sang, judges and lawmakers on Wednesday view a photograph of members of the Korean provisional assembly during a commemorative event at the National Assembly in Yeouido, western Seoul, to mark the 100th anniversary of the forming of the provisional assembly of the Republic of Korea in Shanghai on April 10, 1919. A group of some 20 bipartisan lawmakers left on Thursday for a four-day trip to Shanghai to celebrate the centennial anniversary of the establishment of the Korean provisional government on April 11, 1919. [NEWS1]