We need a single tourism ministry

We need a single tourism ministry 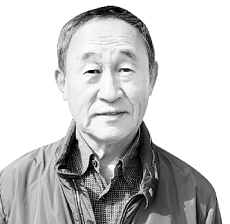 Tourism is one of the three largest export industries in the world. “Tourism’s employment inducement coefficient is more than twice the manufacturing sector, and it offers a chance to have foreign visitors purchase Korean products,” said President Moon Jae-in at the expanded tourism strategy meeting on April 2 in Incheon.

The meeting was attended by Prime Minister Lee Nak-yon, 13 ministers and vice ministers of the central government related to tourism, deputy heads of local governments, representatives of academia, tourism-related agencies, a number of lawmakers and businessmen. The scope of the conference demonstrated the significance of our tourism industry.

Moon also announced his ambitious goal of attracting 23 million tourists and creating 960,000 jobs in the sector by 2022 through a national tourism innovation strategy, including the creation of international tourism cities, the reinforcement of marketing strategies for different countries and an improved visa issuance process, to name a few. Aside from the feasibility, it deserves national attention. Yet the tourism industry’s reaction was lukewarm. It would be nice if the strategy would revitalize the sluggish local tourism industry where many hotels have trouble attracting customers. But some criticized that it was simply a collection of old data without innovation or alternate plans, aside from the K-pop and demilitarized zone (DMZ) peace tourism.

I would like to add one innovative idea for a successful strategy. Let’s flip the object and goal of innovation. Let’s first start with innovating the administrative structure for tourism policy. While the strategy of the Ministry of Culture, Sports and Tourism was announced before the president, it is not easy to exert positive influence on the Korean Tourism Corporation, local tourism corporations and overall tourism industry, including tourist sites and workers around the country.

Moreover, it is nearly impossible to induce proper cooperation of related agencies across the foreign, justice, finance, interior, employment and labor, education, science, gender equality, maritime, agriculture, environment and welfare ministries, as well as local governments. Therefore, we need an independent apparatus that can steadfastly promote innovative strategy — a tourism ministry integrating all related functions should be created.

If you agree to the president’s perspective that tourism is one of the top three export industries, it is urgent to pursue the development of the tourism industry through professional leadership overseeing the overall tourism structure. If the “one-stop” system — which integrates various regulations and supports scattered across the central government, local governments, tourism corporations and ministries — is established, it will begin to restore the tourism ecosystem.

When customers increase and the restaurant business flourishes, farming and fishing towns providing ingredients will be revitalized. That’s not all: Kitchenware stores, tableware design, molding industry, cooking schools, culinary culture, furniture, fashion and accessary industries will also be affected, not to mention reviving villages and traditional markets, and offering attractions to foreigners, major infrastructure and peace tourism. While it may seem like an obvious idea, it can reduce inefficient practices as government ministries are often uncoordinated.

The opposite will lead to serious issues. For instance, as highways are more convenient, commerce and tourism along local roads could be hurt. For the last 20 years, many revitalization policies were proposed, but it resulted in Korean tourists visiting Japan instead. Such failures must not be repeated.

If an organization exclusively handling tourism affairs can be established, I want to recommend starting with easy-to-achieve policies. First, tourists should be treated as “guests,” not “easy prey.” Second, it should only set up the frame of tourism policy and details should be left to the private sector. Third, civil servants and politicians need to visit major tourist sites when traveling abroad for business. When they see, listen and know, they will be able to devise good policies and offer proper support.