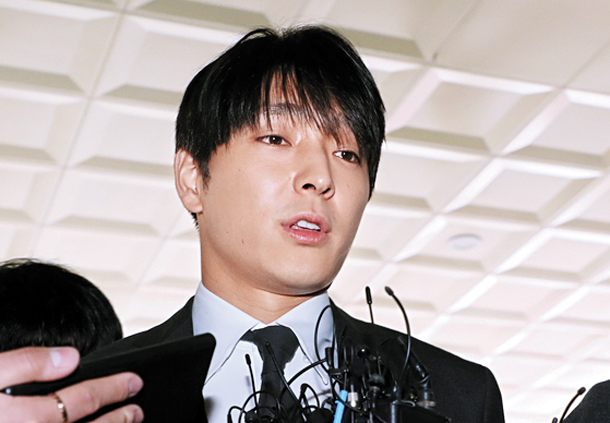 Choi Jong-hoon, a former member of the boy band FT Island, filed a complaint to the prosecutors’ office against a women for falsely stating the he had raped her in 2012, his attorney revealed on Thursday.

Local entertainment news outlet TEN Asia reported on Thursday morning that a woman claimed to have been raped by Choi in the United States in March 2012.

She claims that Choi put a “date rape drug” into her cocktail, which made her black out.

On Thursday afternoon, Choi’s attorney said that they had filed a complaint against the woman to the Seoul Eastern District Prosecutors’ Office two weeks ago for blackmail based on falsehood.

“We have confirmed that Choi Jong-hoon had met her in the United States, and he has no memory of having raped her,” the attorney said.

“We presume that this is just a woman trying to take advantage of the recent streak of incidents.”

According to the lawyer, the woman “threatened to harm him unless he sincerely apologizes,” without filing a proper complaint to the police.

“The case has been assigned to the Seongdong Police Station, where it will be thoroughly investigated,” the lawyer said.

He did not confirm, however, whether there was any sexual intercourse between the two.

Last month, Choi was found to be a member of the controversial KakaoTalk chat room where Lee Seung-hyun - also known as Seungri of Big Bang - and singer Jung Joon-young shared illegal content.

He has also been charged with attempting to bribe a police officer after he was caught driving drunk in February 2016.

The woman is currently preparing to make a formal complaint within the month, according to her attorney.