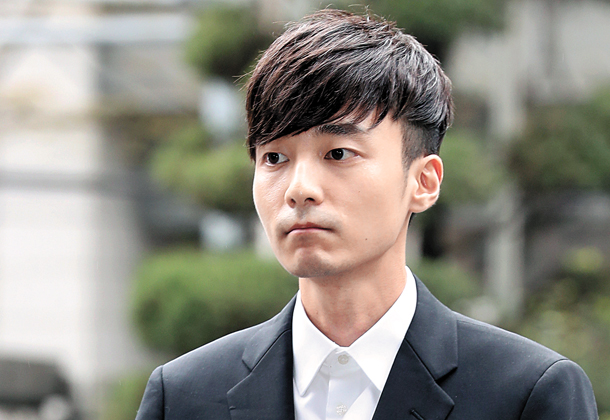 Though both Kims admitted to uploading photographs, the police concluded that the photos were not taken by the singers themselves.

“We confirmed that Roy Kim broke the law by distributing obscene content once through KakaoTalk, and he confessed,” the police said.

Kim was called in for questioning on Wednesday afternoon and was questioned for four hours.

He left the police station without answering questions from reporters regarding whether he fully cooperated and why he uploaded the content in the first place.