Pension returns are just too low

Pension returns are just too low 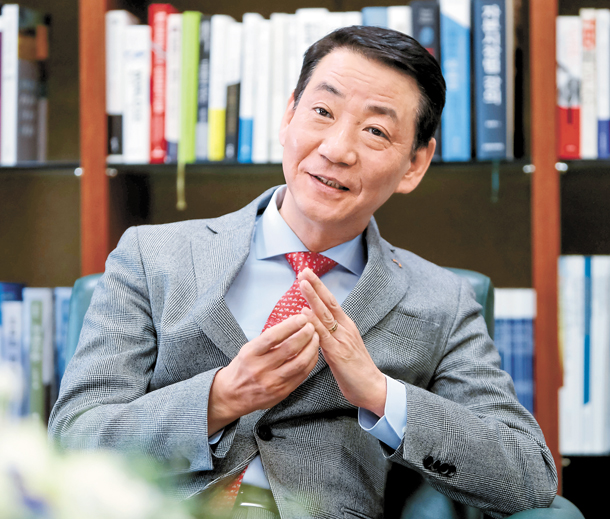 Kwon Yong-won, chairman of the Korea Financial Investment Association, during an interview at his office in Yeouido, western Seoul. [KOREA FINANCIAL INVESTMENT ASSOCIATION]

In a recent interview with the JoongAng Ilbo, he said Korea ranked low in terms of real pension returns among Organization for Economic Cooperation and Development (OECD) countries.

“The United States was at 7.5 percent, and Japan 3.2 percent, but Korea stood at 1.9 percent,” Kwon said, citing 2017 numbers. “Do you think that is enough money to help workers prepare for their retirement?”

According to the Financial Supervisory Service, private pension funds had 190 trillion won ($167 billion) under management last year, but returns were barely 1 percent.

“In the past, utilizing fixed deposits was a safe and excellent way to invest, as bank interest rates were high enough then,” Kwon said. “But now, relying on the low interest rates of today is not sufficient to provide for old age.”

Experts blame the low profitability of the pension funds on their placement of most of their assets in fixed deposits. 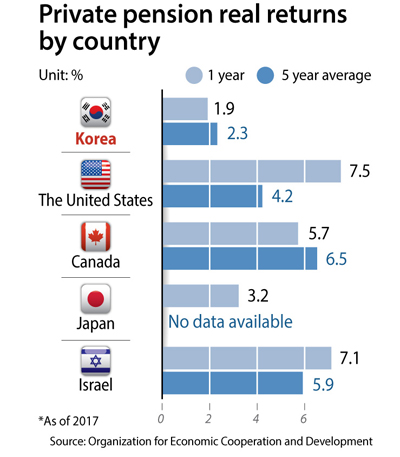 “Today, retirement savings must be invested conservatively, so their profitability is seen as low,” Kwon added. “If we introduce an ‘institutional-type’ pension that brings in external specialists - like the National Pension Service - companies can form investment strategies according to market conditions.”

The institutional-type retirement pensions allow companies to establish a trust to manage and invest retirement savings.

“The National Assembly is discussing this at this moment, but its priority seems to have been pushed back by other issues,” Kwon said. “I expect it to be enacted shortly.”

Kwon, who served as CEO of Kiwoom Securities for nine years, has a unique background compared to other securities company CEOs. He has worked in the public sector, industry, finance and information technology.

Sources in and out of the industry see Kwon as practical but with a strong drive. During last year’s election for Kofia’s chairman position, he achieved an upset by winning 68.1 percent of the vote, beating two rivals.

Kofia is a self-regulatory organization with 278 regular members, mainly brokers, trusts and funds.

Kwon has confidence in the global competitiveness of domestic investment and securities companies.

“The equity of Korea’s No. 1 securities group went up to around 13 trillion won,” the Kofia head said speaking of Mirae Asset Financial. “We were far below Nomura of Japan in the past, but now it’s worth a shot.”

The Kofia chairman emphasized that lowering security transaction tax must be pursued over the long term.

“Like how kettles can stand firm when its three legs are equally strong, the capital market needs to see uniform growth in its three major areas,” Kwon said. “Restructuring of tax system, including lowering the transaction tax, is one of them.”

“The second area is creation of appropriate policies and regulations needed to modernize the capital market,” he added. “The third area is competitiveness of investment and securities companies, and Korean firms are doing their best to do so at this moment.”