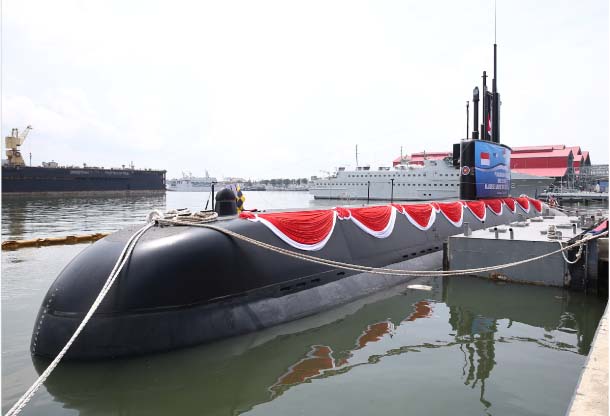 A submarine Daewoo Shipbuilding & Marine Engineering completed and will deliver to Indonesia. [YONHAP]

It was the second such submarine export deal between the two countries, following a 2011 contract worth $1.08 billion to export three 1,400-ton submarines to the Southeast Asian country.

“We believe it is meaningful that the two countries again carried out this mutually beneficial defense cooperation project,” DAPA Chief Wang Jung-hong said during the ceremony. “The [Seoul] government will actively support the smooth implementation of the project.”

Under the 2011 contract, DSME delivered one submarine in August last year, a DAPA official said. A launching ceremony for the second submarine was set to be held in Indonesia on Friday, and the third will be delivered later this month.

The DAPA noted that Korea and Indonesia have been maintaining active arms industry cooperation under the Moon Jae-in administration’s New Southern Policy, which aims to deepen ties with the 10-member Association of Southeast Asian Nations in economic and diplomatic matters. “The second submarine project with Indonesia is a key project of the New Southern Policy, and it was the result of cooperation among the government and related agencies,” the DAPA said in a press release.