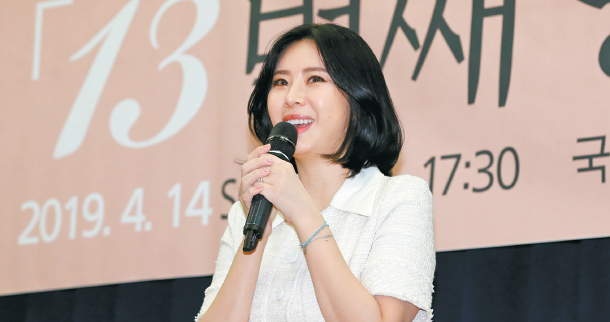 Yun Geo, a key witness in the scandal surrounding the death of actress Jang Ja-yeon, introduces her book, “The 13th Statement” at the National Assembly on Sunday. In the book, Yun wrote about what she saw and felt about the scandal to mark the 10-year anniversary of Jang’s death. [YONHAP]