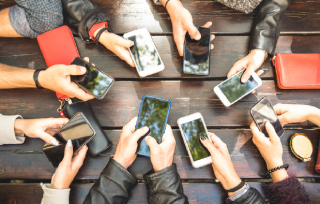 LEE SO-A
The author is a reporter at Innovation Lab.

As the fourth industrial revolution era is coming for sure, major countries will soon begin commercial use of 5G mobile communications. Korea has already declared the world’s first commercialization of a 5G network. When the world is moving toward the fourth or fifth stage of the future, I feel frustrated that Korean society remains at the second stage. Politicians divide and evaluate everything with the dichotomy of ideologies.

Do you support the expansion of new renewable energy? You are a liberal. Do you want deregulation for businesses and labor market reform? You are a conservative. If you “still” mourn for the survivors of the Sewol ferry victims? You are a liberal. This is the frame that Korean politics has long used to criticize opponents and integrate supporters regardless of the issue.

However, millennials in their 20s and 30s find these categories awkward. They did not have to learn technology but were born with it. They have the internet in their hands, actively searching nearly all information and knowledge. Diversity is natural, like breathing air.

A friend of mine who was born in 1987 believed that welfare benefits for seniors should increase but opposed minimum wage increases, was more interested in fine dust than unification, and voluntarily participated in the candlelight protests but strongly denounced taxi drivers protesting against carpooling in Gwanghwamun. Companies abusing power is bad, whether it is big or small. The mandatory closure of large markets on some Sundays should not continue because it is ineffective and inconvenient. Coffee price is high not because of the minimum wage but because of the high lease. Is this person a liberal or conservative? It is hard to define.

In the revolutionary period of technology and culture, the protagonists are the millennials. The Korean economy will be supported by semiconductors and other leading manufacturing industries, but future growth engines will only be created when there are outcomes in digital and information areas.

Our society should recognize diversity in ideas and opinions. Legislations and policies should make opportunities. When ideological yardsticks are used in the economy, industry, energy and society, and generational, industrial and labor-management discord are encouraged, new ideas won’t work.