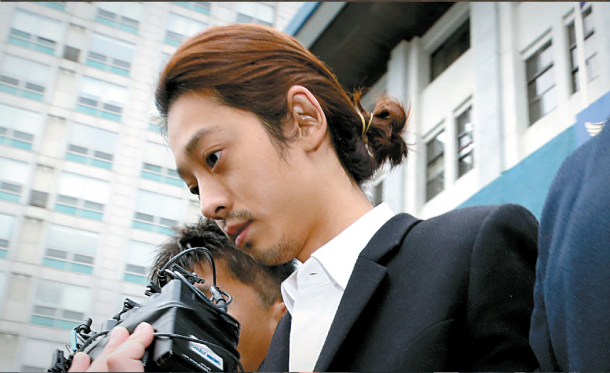 The House of Sharing expressed their “strong disappointment” towards the inappropriate usage of the term “comfort women” revealed in a KakaoTalk chat between singer Jung Joon-young and his friends, BBC Korea reported on Saturday.

On Saturday, BBC Korea shared an excerpt of a KakaoTalk conversation between Jung and friends, in which Jung had shared illegal photos and videos he took of women without their consent.

In a conversation from Jan. 27, 2016, some mentioned two women by name, saying they were “like comfort women.”

Jung joined in the conversation a few days later, saying “I’m going to get Korean girls as soon as I’m there. I’ll go home, get them and then go. German girls have such big asses.”

According to the report, the most frequently used word was a slang term used for vagina.

The House of Sharing, the support group for the surviving victims of sexual slavery during Japanese Colonial Rule, expressed their anger towards the content of the conversation on Monday.

“We cannot hide our anger toward them for using such words to disparage women. It is disappointing to see such appalling historical knowledge from celebrities, who have a lot of influence over the public,” Ahn Shin-kwon, the president said.

“The victims have been hurt by hearing what was said in the conversation. They sighed, saying, ‘We are fighting so hard to hear an apology from Japan, but they are belittling us.’”

Jung is in police custody for recording and sharing illegal videos.