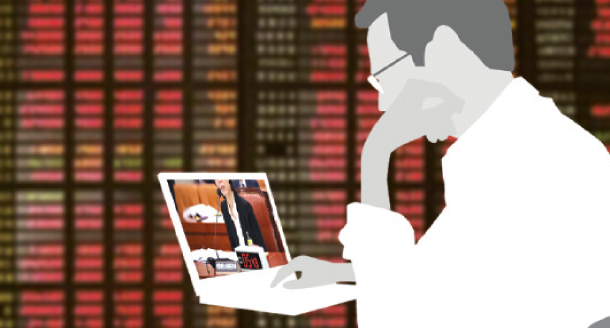 JOO JUNG-WAN
The author is the financial team head of the JoongAng Ilbo.

The stock investments of public officials have never been quite so controversial. This is the story about Constitutional Court Justice-nominee Lee Mi-sun and her husband Oh Choong-jin, who is also a lawyer. Do they deserve criticism for their investments or are these simply “allegations based on false facts and excessive personal attacks,” as Oh claims?

First of all, there is nothing wrong with investing in stocks. It is not problem to invest 3.5 billion won ($3 million), a relatively large sum. In a market economy system, anyone is free to choose stock investments based on independent judgment and accountability. But I am not convinced that Lee was not aware of the details of the stock transactions. Let’s say that her husband was in charge of buying and selling stocks. It still is hard to believe that she was indifferent to the value or profit rate of an account involving hundreds of millions won.

If there is nothing wrong with their stock investments, as Oh claims, why did he use an account under his wife’s name? There is a possibility that he aimed to evade taxes. As the financial income tax on the capital gains of large stockholders is levied on an individual basis, the couple can save on taxes if they split their accounts into two.

If they used undisclosed inside information, that is a serious issue. Insider trading is a serious crime that hurts the fairness of the market. Under the current Capital Market Act, it is punishable by up to life in prison. Most suspicious are their transactions in March and April 2018 — before and after the suspension of transaction on Sam Kwang Glass, a subsidiary of the OCI Group. The company called a shareholders meeting on March 13 and released its settlement of accounts two days later.

Then, on March 22, information that negatively affected the company’s stock price was made public. It said that an accounting firm in charge of an external audit did not submit the report by the deadline set by the law. On March 29, an audit report confined to its inventory asset assessment was submitted. As a result, its stock transactions were suspended for two days and the company was designated for supervision. The stock price that had risen to 60,000 won ($53) fell to 30,000 won per share. Oh sold the stocks when their price was high and repurchased them when the price fell. On his Facebook, he wrote, “If I had used undisclosed information, I would have sold all the stocks I had before the suspension of transactions.” I want to ask whether it was purely luck, skill or inside information that Oh traded stocks with perfect timing.