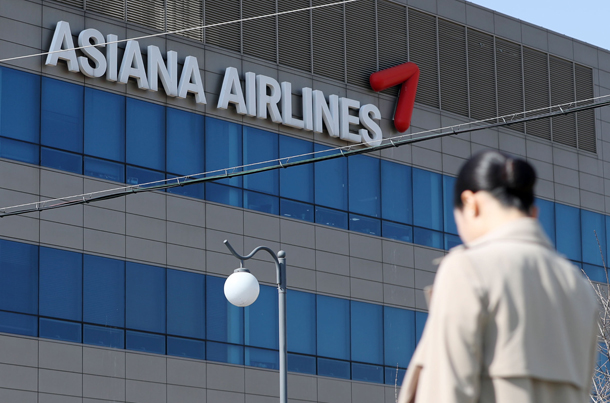 Kumho Asiana Group will sell its crown jewel Asiana Airlines in an attempt to keep the cash-strapped airline from crashing into oblivion.

The board of Kumho Industrial said Monday it would sell the airline in return for financial support from its creditors to revive Kumho Asiana.

“We have been mulling ways to normalize Asiana Airlines’ business [and concluded] selling the airline is the [only] way for the group and Asiana Airlines to regain market trust,” said a spokesperson for Kumho Asiana. “We took into consideration the future development of Asiana Airlines, which boasts 30 years of history, as well as the future of its 10,000 employees.”

Conglomerates involved in retail business like Aekyung Industry, which owns Jeju Air, CJ Group and Shinsegae Group are also seen as possible bidders as they could use the airline to expand their distribution networks.

Creditors are known to prefer to sell off subsidiaries to a single bidder, but industry sources say that could be tough when taking into account the difficulty of the involvement of foreigners in domestic airline management. Korean aviation law prohibits foreigners from managing airlines.