After a week off, Korea’s top golfers are back in action on the LPGA Tour as they compete at the Lotte Championship at Ko Olina Golf Club in Hawaii, starting today. 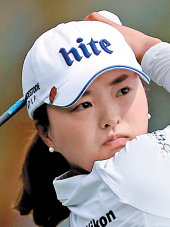 Due to the 18-hour time difference, the tournament will start in the early hours of Thursday morning in Korea.

This season, Korean golfers are once again dominating the LPGA Tour, winning five out of eight tournaments so far. The winning streak ended at the Kia Classic when Nasa Hataoka of Japan won the tournament on March 31, but a new streak could start this week as Ko Jin-young won the most recent tournament on April 7.

The Lotte Championship, established in 2012, hasn’t proven the best tournament for Korean golfers. Only once in seven years has a Korean won - Kim Sei-young in 2015.

At the time, Kim defeated Park In-bee in the first playoff hole to win the tournament. That year, the final standing was dominated by Korean golfers, making up all of the top five.

Both Kim and Park will be competing this weekend. For Park, this is another opportunity for her to pick up her 20th LPGA Tour win.

However, in this year’s field, world No. 1 Ko certainly receives the most attention this weekend as another strong favorite. Having won the LPGA Tour’s first major tournament, the ANA Inspiration, on April 7, this is Ko’s first tournament competing as No. 1.

This is also the first time Ko has competed at the Lotte Championship. Last season, Ko had to withdraw from the tournament as her grandfather passed away while she was practicing at the course.

Last year, during Ko’s rookie season, she set quite a record on the Tour when she won the ISPS Handa Australian Open, becoming the first rookie in 67 years to win her debut tournament. This year she’s even more threatening.

Before the ANA Inspiration, Ko picked up her first win of the season in March at the Bank of Hope Founders Cup in Phoenix. Although she has already won three LPGA Tour events, her victory in March was the first that she has won in the United States.

Following her first win of the season, Ko continued her streak by finishing runner-up at the Kia Classic and picking up her second win at the ANA Inspiration.

In six tournaments so far this season, Ko has had five top-three finishes. Her worst finish was tied for 29th at the Honda LPGA Thailand on Feb. 21. Ko’s dominance has also allowed her to be the top-ranked player in the Rolex Player of the Year ranking, at 123 points.