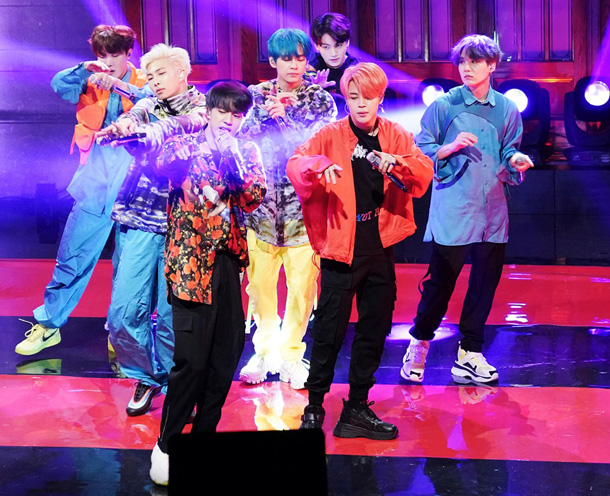 Fans of the K-pop sensation BTS, known as ARMY, call it the “BTS hangover.”

Ever since the boys released their latest EP “Map of the Soul: Persona” on April 12, they have been continuing to break records and make headlines – making it difficult for diehard fans to concentrate on their everyday lives.

Both Billboard in the United States and Britain’s Official Charts announced Tuesday that the boys’ latest EP is heading for twin peaks. When the figures get updated – on April 21 for Billboard and April 19 for the Official Charts – “Map of the Soul: Persona” may very well be on top of both.

If so, it will be the group’s third time on top of the Billboard 200 and its very first time atop Britain’s Official Albums Chart.

“Industry forecasters suggest the set, which was released on April 12, could earn between 200,000 and 225,000 equivalent album units in the U.S. in the week ending April 18,” Billboard said in an online posting. “If the album opens at No. 1, it will mark the third leader for the act, following 2018’s ‘Love Yourself: Answer’ and ‘Love Yourself: Tear.’”

“If the group keep up their momentum, it will mark their highest charting release yet in the UK and become the first Number 1 album from a Korean act on the Official Chart,” it announced, adding that the EP’s “midweek sales are already more than the first week sales of their three previous Top 20 albums combined, including their only other Top 10 effort ‘Love Yourself: Tear.’”

Blackpink’s "Kill This Love," which had 56.7 million views within a day, had been at the top.

"Boy With Luv" also became the fastest music video to hit 100 million views, reaching the milestone in under two days, which also was a record previously set by Blackpink’s "Kill This Love.”

Many ARMY members had to camp outside NBC headquarters for days over the weekend, preparing for the boys’ appearance on “Saturday Night Live” on April 13, the first K-pop group to do so. On SNL, the boys performed 2017's "MIC Drop" and "Boy With Luv.”

BTS’s next performance will be at the 2019 Billboard Music Awards, which is scheduled for May 1 at the MGM Grand Garden Arena in Las Vegas.