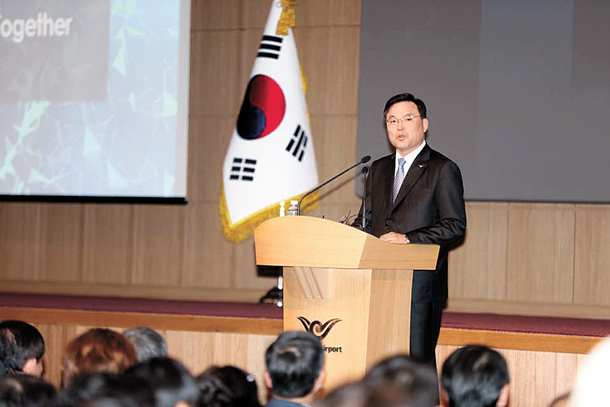 Koo Bon-hwan was inaugurated as the eighth CEO of Incheon International Airport Corporation on Tuesday.

Koo previously served as the deputy minister of aviation policy at the Ministry of Land, Infrastructure and Transport.

Koo said he plans to ensure Incheon Airport plays a central role in forming an economic bloc around the airport by bringing together the aviation, tourism and logistics industries.

While the airport is still undergoing the last phase of its expansion plan, Koo said he will make sure the airport secures “infrastructure to handle 100 million passengers annually by 2023.”