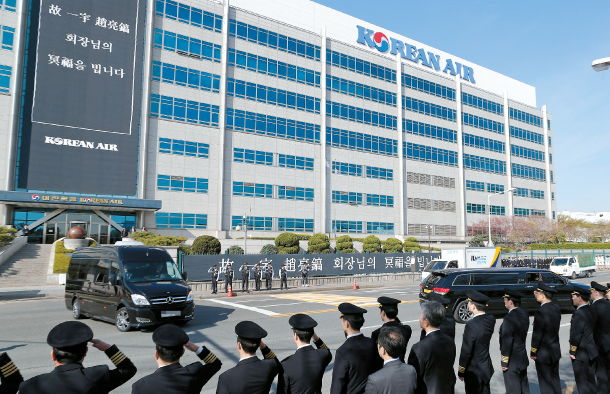 A hearse carrying late Korean Air Chairman Cho Yang-ho is saluted by Korean Air pilots as it passes the front of the company’s headquarters in western Seoul Tuesday morning. The funeral for Cho ended yesterday as his family and friends commemorated his legacy and accomplishments as head of Korea’s flagship airplane carrier. Cho, 70, who served as the airline’s CEO since 1999, died earlier this month at a hospital in Los Angeles from a chronic lung disease. [YONHAP]