Valencia CF midfielder Lee Kang-in’s addition to the U-20 Korean national football team for the U-20 FIFA World Cup next month could potentially change his career. 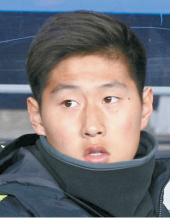 The Korea Football Association (KFA) is currently working on including Lee in the squad for the U-20 World Cup in Poland, which runs from May 23 to June 15.

But Valencia could choose to deny the KFA’s request to release Lee as U-20 events do not come with mandatory release rules. The stakes could get even higher - if Lee is released and goes to play at the World Cup, he could end up getting transfer offers that may see him move away from Valencia for good.

At Valencia, Lee spends the majority of his time as a bench warmer. That being said, manager Marcelino Garcia is likely keen on keeping all his players, whether they’re often substitutes or not, because the club faces a tough schedule over the next month. On May 19, Valencia has its last La Liga Match of the season against Valladolid. On May 25 the team will face Barcelona in a bid for the Copa del Rey title.

Then, if Valencia advances to the final at the UEFA Europa League, the title match will be played on May 30. Valencia has already won the first leg of a quarter final against Villarreal 3-1 on April 12 and will play the second leg today.

As Valencia has a shot at another successful season, the decision to release Lee is a lot more than just a formality. With such a trying month on the horizon, any player could end up being crucial for the Spanish club.

Knowing this, Korea’s U-20 head coach Chung Jung-yong has taken an aggressive approach to getting Valencia to release Lee for the World Cup. Jung recently traveled to Spain and met with club officials and the manager to ask for Lee’s release.

“Chung hasn’t heard a detailed response from Valencia [regarding Lee’s release],” said a source close to the KFA. “But the overall atmosphere of the conversation wasn’t bad. We expect to hear [a positive] result by the beginning of next month, at the latest.”

This year, Korea is assigned in Group F along with Portugal, South Africa and Argentina. Korea will start its tournament with a match against Portugal on May 25. Then, Korea will face South Africa on May 28, before facing Argentina on May 31.

Starting Monday, the U-20 team will start training with the 22 players in the squad from the domestic league. Although it’s uncertain whether players currently in Europe like Lee, Jeong Woo-yeong of Bayern Munich, Kim Jung-min of FC Liefering and Kim Hyun-woo of GNK Dinamo Zagreb will be able to join the team, the KFA has still left their spots on the roster open.

Lee’s addition to the U-20 team could be career changing, as his performance may open the door for transfer opportunities. Although Lee has made his way up to Valencia’s top team, he still doesn’t receive much playing time.

Looking at the 2017 U-20 FIFA World Cup, the three Korean Barcelona B prospects left the club after the tournament. The three players - Paik Seung-ho, Jang Gyeol-hee and Lee Seung-woo - may have moved to less competitive clubs, but they are now guaranteed more playing time.

Although Lee could choose to stay with Valencia, his chances of becoming a starting player are very low. In the Spanish league, each club is limited to three foreign players. Due to the limited spots, Lee has no guarantee that Valencia would use up their valuable quota on an 18-year-old. It is more likely that Lee will choose to transfer to another club that would guarantee him more playing time and allow him to gain experience.

There were reports that Spanish clubs in the country’s second division and some clubs in the top division have shown interest in Lee. However, if he performs well at the U-20 event, he is likely to get more offers from other clubs elsewhere in Europe.