Renovated MoMA to be a space for exchange

Renovated MoMA to be a space for exchange 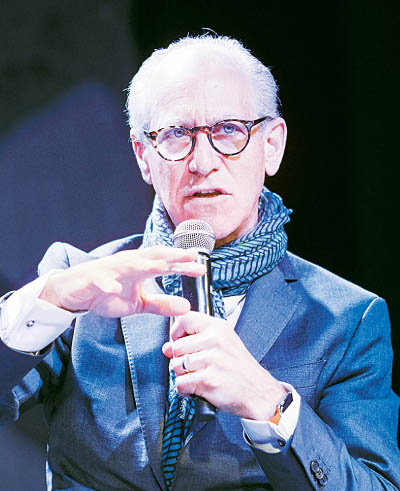 The Museum of Modern Art (MoMA) in New York City, home to important artworks like Vincent van Gogh’s “The Starry Night,” is going under a major expansion to add around 40,000 square feet of gallery space.

Ahead of the expanded museum’s unveiling this October, MoMA director Glenn Lowry and Sarah Suzuki, director for the opening of the new museum, dropped by Seoul on Tuesday to introduce the key features of the renovation.

“Traditionally, MoMA has shown its collection in departmentally-specific galleries. But the idea going forward is to bring all those mediums into dialogue with each other,” said Suzuki at the Hyundai Card Understage in Itaewon-dong, central Seoul.

A new studio will feature live programming and performances, while street-level galleries will be free and open to all. Korean artist Haegue Yang’s multimedia work will be one of the first installations featured as the new MoMA seeks to “surface different artists’ voices from different parts of the world.” 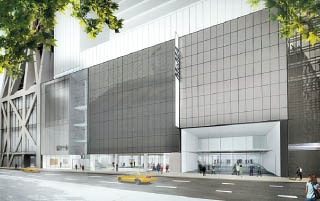 The proposed exterior view of The Museum of Modern Art on 53rd Street, New York City. The expanded museum is due to reopen on Oct. 21. [MOMA, DILLER SCOFIDIO + RENFRO]

Lowry also touched on the importance of Korea to the museum, sharing that many of MoMA’s visitors and members come from Korea.

“Hyundai Card has, for the last 10 years, been a regular supporter of our exhibition program,” he added. MoMA will be closed from June 16 for renovations and officially reopen on Oct. 21.