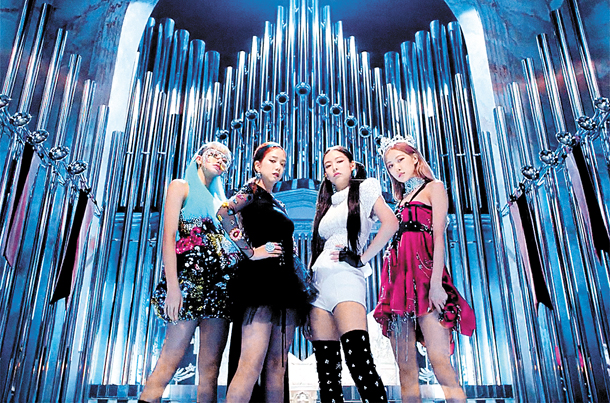 Blackpink set another record in a “blink” of an eye and rewrote history for K-pop girl groups thanks to two new achievements that were announced on Wednesday.

The music video for the group’s latest single “Kill This Love” hit the 200 million view milestone on Tuesday evening -11 days, 18 hours and 50 minutes after its release.

According to the group’s agency YG Entertainment, the milestone has never before been achieved by a K-pop act in such a short time.

“All eight music videos the group has released since their debut have been seen over a 100 million times,” the agency added.

According to Nielsen Music, the lead track “Kill This Love” has been streamed over 18 million times, reaching 22nd on the Streaming Song Chart and topping the World Digital Song Sales Chart. On the latter chart, six of the group’s songs were listed on the top 10.

The album is presumed to have sold over 19,000 copies in the past week and ranked No. 1 on the Billboard World Albums chart.

Although the group has not yet started selling its physical album overseas, Billboard ranked the album accordingly based on its number of downloads and times it has been streamed.

The album’s physical release is scheduled to be on April 23 around the world.

The quartet is on a tight schedule after kicking off their U.S. tour in Los Angeles on Wednesday night. They are scheduled to appear on the popular CBS talk show “The Late Late Show with James Corden” today and make their second Coachella performance on Friday.