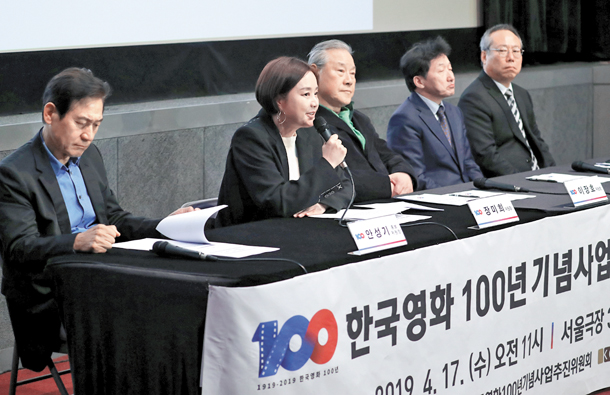 To celebrate the centennial birth of Korean film, the local movie industry is rolling up its sleeves to hold a series of events and festivals in October.

Korean film history began when “Righteous Revenge” by Kim Do-san premiered at the Dansungsa movie theater in central Seoul on Oct. 27, 1919, now known as Korean Film Day. Organizers from the Korean Film Council said Wednesday the festival will take place at Gwanghwamun Plaza in the city center on the 100th birthday, along with exhibitions and music concerts.

The event’s main theme will be the memories of the first Korean movie as visitors can watch performances inspired by the film and see a re-enactment of the filming of the movie.

To commemorate key events and figures of the Korean film industry, documentaries, books and a biographical dictionary will be created, with commemorative stamps to be issued. They also said they have plans to find the film of some lost movies, including “Late Autumn” by director Lee Man-hee and “Arirang” by Na Woon-gyu, and restore them digitally.