Tyler Wilson may be the KBO’s unluckiest player

Tyler Wilson may be the KBO’s unluckiest player

Tyler Wilson may be the unluckiest pitcher in the KBO this season. 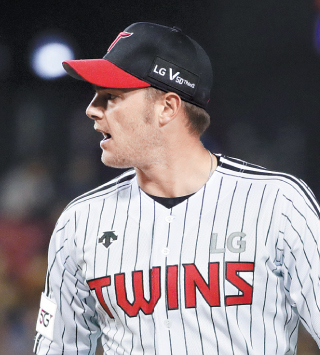 The LG Twins pitcher has the lowest ERA in the KBO, at 0.26 as of Wednesday’s game, but he has struggled to convert that into wins - he has only picked up two wins in five games.

Due to this run of bad luck, the Twins’ fans have given Wilson a nickname, “WilCry.”

This new moniker is actually a reworking of the nickname given to former pitcher Bong Jung-keun - who also struggled to pick up a win - “BongCry.”

Wilson may have only just become WilCry, but this isn’t the first season when he’s struggled to pick up wins. In 2018, Wilson finished second in the league in terms of ERA, at 3.04, but only picked up nine wins and four losses in 26 games.

In seven of those games, Wilson left the mound having fulfilled the requirement to become the winning pitcher, but the Twins’ bullpen quite literally threw away Wilson’s win.

Despite Wilson’s low figures in terms of number of wins, the Twins still decided to re-sign him, almost doubling his contract to $1.5 million.

Looking at Wilson’s pitching style, his strength is in forcing batters to hit ground balls. Although the average speed of his fastball is only in the mid-140 kilometers per hour (87 miles per hour) range, Wilson pitches to the very corner of the strike zone.

Using this as his strength, Wilson got off to a solid start at the beginning of the season, seemingly putting last year’s problems behind him. During the Twins’ season opener against the Kia Tigers on March 23, Wilson picked up a win by tossing seven scoreless innings. Then he picked up another against the Lotte Giants on March 29. Wilson once again tossed seven innings and only gave up a run.

But then WilCry was born.

In Wilson’s third game of the season, he tossed another seven scoreless innings but the relief pitchers failed to maintain the Twins’ 2-0 lead against the Hanwha Eagles. Against the Samsung Lions on April 10, Wilson tosses six scoreless innings and left the mound while the Twins were leading 5-0.

However, the relief pitchers once again failed to maintain the lead and Wilson had to give away his third win of the season.

Most recently against the NC Dinos on Tuesday, Wilson’s bad luck continued. Wilson tossed seven scoreless innings and the Twins were leading 2-0. Once bullpen pitchers took over, the Dinos quickly tied the game.

Interestingly, the Twins’ relief pitchers are actually ranked first in ERA, at 1.52, but if Wilson starts a game it all goes awry. Even the batters don’t seem to be able to perform when Wilson’s up, scoring just two runs on average.

Despite only picking up two wins, Wilson’s stats tell a very different story.

He has picked up quality starts in all five games, tossing seven innings in four of them.