The art of misgovernment

The art of misgovernment 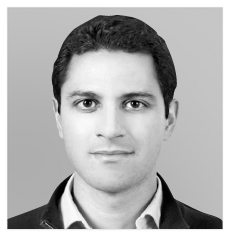 Helder Ferreira do Vale
The author is a professor at Hankuk University’s Graduate School of International and Area Studies (GSIAS).

Brazil’s far-right, populist president, Jair Bolsonaro, has now completed his first 100 days in office. To the disappointment of many of his supporters, during this important first phase of his presidency, Bolsonaro has proved himself to be a master in the art of misgovernment. The new Brazilian president is so detached from the realities of the country he now leads that he is simply unable to talk about real problems and make plans for how to solve them.

Bolsonaro’s rise to the Brazilian presidency was made possible by a “perfect storm” of overlapping political and economic crises that together created widespread democratic disillusionment among most Brazilians. Capitalizing on voters’ frustrations, Bolsonaro’s 2018 election campaign was won on the delusions of a better future. However, it is now abundantly clear that he is unfit to deliver on most of his promises.

After Bolsonaro’s victory, there was hope in some quarters that his tendencies toward demagogy and bigotry would be sidelined, and that, as president, he would focus on addressing the huge socioeconomic challenges facing the country. However, as Bolsonaro completes his first 100 days in office, increasing numbers of Brazilians are swiftly coming to the realization that their new government fundamentally lacks direction.

The popularity of Bolsonaro began to drop almost from the moment of his inauguration. Indeed, according to a well-respected poll, the proportion of voters holding a positive view of his government dropped from 49 percent in January to just 34 percent in March — the lowest rating ever recorded for a Brazilian president during their first three months in office.

There are strong signs that Bolsonaro lacks democratic credentials to govern Brazil. Just a few weeks ago, during a speech given at a military ceremony, he revealed his beliefs about where true political power lies: “Liberty and democracy only exist when the Army forces want them to.” Bolsonaro did not intend this to be a warning about the dangers of military force; such force, in his view, is cause of celebration. Hence, just a few weeks after, he called on Brazilians to honor the anniversary of the 1964 military coup, an event which ushered in a 24-year dictatorship.

Bolsonaro’s illiberalism, while disturbing, is not the only cause for concern. His choice of cabinet ministers has been equally troubling. He has appointed to several important ministries committed ideologues that have shown to be masters of transforming technical issues into ideological crusades.

One of these controversial appointees is Damares Alves, who now heads the Ministry of Human Rights. On her first day in office, she declared in a clearly celebratory tone that, “It’s a new era in Brazil: Boys wear blue and girls wear pink!” This outmoded vision of a “new era” is certainly not limited to gender issues, either.

It is unsurprising that numerous government officials consistently retreat behind ideological verbiage in an effort to hide their inability to elaborate fact-based policies.

This new cycle of bad governance in Brazil is further exacerbated by Bolsonaro’s nepotism. One of his four sons, Carlos Bolsonaro, controls the presidential Twitter account, with which he regularly attacks journalists and officials who voice any opposition to the government. In a recent interview, Bolsonaro even suggested he was considering giving his son a ministerial position as a reward for his help in winning the presidency.

The patrimonial governing strategies of Bolsonaro become also evident as he turns a blind eye on corruption allegations inside his Liberal Social Party (PSL). The new minister of tourism, who coordinated the PSL’s election campaign, is currently under investigation for allegedly creating fake recipients for public funding.

In another corruption case, his oldest son, Flavio Bolsonaro, who won a seat in the national Senate in the last general elections, is being accused of taking part in a money laundering scheme in the Rio de Janeiro’s legislature.

While Bolsonaro tries halfheartedly to behave within democratic institutions, a cross-party coalition of parliamentarians is trying to have congress approve one of the new government’s main policies: the reform of the pension system. To do so would require the support of three-fifths of the house.

The pension reform was one of Bolsonaro’s main electoral promises and it is part of his economic plan to make Brazilian stagnant economy more competitive. In its current form, the Brazilian pension and social protection system, which is on the verge of collapse as it costs 10 percent of the GDP, hinders economic growth and hamstrings Brazil’s ability to attract new investment.

It is ironic though that, today, the main obstacle preventing the approval of this crucial reform is Bolsonaro himself. Since discussions began in Congress, Bolsonaro has failed to explain several aspects of the reform and has picked unnecessary fights with the supporters of the reform. Given the importance of the issue, it is no exaggeration to say that the short-term governability of Brazil depends on the reform’s approval, yet Bolsonaro’s erratic behavior continues to threaten its success.

Bolsonaro’s ideological crusade and governmental mismanagement might soon turn his electoral victory into an existential hangover for Brazil. For now, the country remains under a cloud of uncertainty, but, if Bolsonaro’s first 100 days are an indicator of things to come, the country will once again be engulfed in a deep political crisis.