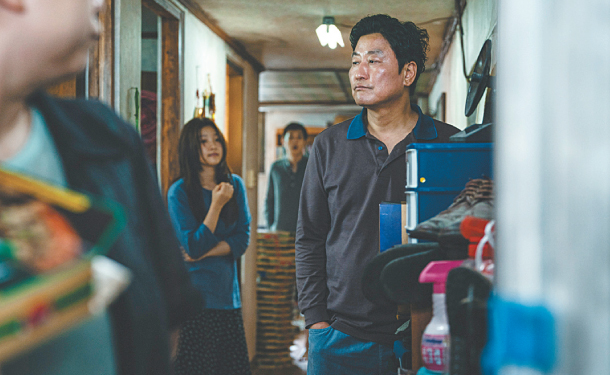 The Cannes Film Festival on Thursday announced the feature selection for the 2019 competition, which includes Korean director Bong Joon-ho’s “Parasite.”

It is Bong’s second time competing for the Palme d’Or, or Golden Palm, following the selection of his adventure film “Okja” in 2017.

The Korean-language film will be one of 19 films to compete for the Palme d’Or, including “Pain and Glory” by Spanish director Pedro Almodovar and “Ahmed” by the Belgian filmmaking brothers Jean-Pierre and Luc Dardenne.

It is also the fourth consecutive year that a South Korean film has been chosen to compete in the international film festival, following Park Chan-wook’s “The Handmaiden” in 2016 and “Burning” by Lee Chang-dong in 2018.

The flick pictures a working-class family that gets entangled in an unexpected incident after the son has a chance to access a wealthy, elite world.

Song Kang-ho, who plays a main role in the movie, collaborates with Bong for the fourth time, following “Memories of Murder,” “The Host” and “Snowpiercer.”

“I want to share this pleasure with all the actors and the filming staff and myself who immersed themselves in shooting ‘Parasite’ during last year’s unusually searing summer,” director Bong said of the nomination.

“I am honored and thrilled to present this film capturing the vivid image of the era in the heat of the Cannes Film Festival,” he said.

Another Korean film, “The Gangster, The Cop, The Devil” by director Lee Won-tae, was invited to the film festival for its non-competitive Midnight Screenings category.