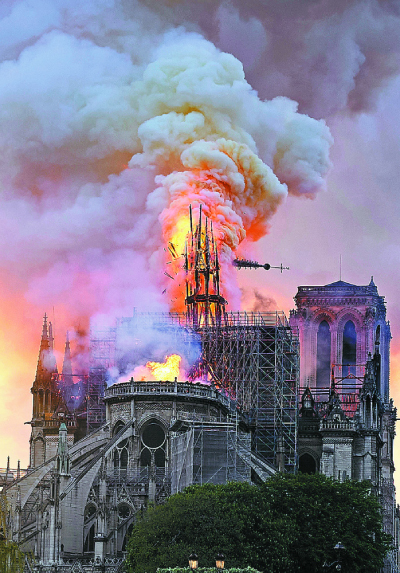 LEE DONG-HYUN
The author is the deputy editor of the industrial team at the JoongAng Ilbo.

There is a structure in front of Kyobo Building at Gwanghwamun Square, which most people nonchalantly pass by. It is a structure built to protect the memorial erected to celebrate 40th anniversary of King Gojong’s reign in 1902. In front of it is Korea’s Kilometer Zero. It was installed at the center of the intersection by the Japanese Government General of Korea in 1912, and it was moved inside the memorial structure when the roads were rebuild in 1935. The distances to 18 cities around the country are engraved on it.

Unlike Point Zero in Paris, which is visited by people from around the world, Kilometer Zero in Korea is far from the interests of Koreans. A new plaque was made in 1997 and was placed in front of Sejong Police Station, diagonally across the street. Of course, not many people know about this either.

The world continues to mourn the Notre Dame Cathedral after it was partially destroyed by fire. The cathedral was on the verge of destruction after religious influences were weakened during the French Revolution, but thanks to novels, films and the memories of many visitors, it became a beloved landmark. Along with Point Zero, a symbol of modernity, Notre Dame Cathedral is a space filled with stories.

Kilometer Zero in Korea in front of Gojong’s memorial has been forgotten as modernization was not attained independently and history of the dynasty was lost. In the craze of redevelopment and reconstruction, stories of Korea are constantly forgotten, unlike in Paris, where they are remembered forever.