Hyundai Motor appointed a former Nissan Motor executive as its new global chief operating officer (COO) in a bid to improve the automaker’s lackluster sales in the Americas.

Jose Munoz, who previously served as chief performance officer for Nissan, will join Hyundai starting May 1 to boost sales in the American markets, the automaker said in a statement Friday. He will be responsible for the entire American market and also serve as president and CEO of Hyundai Motor North America and Hyundai Motor America.

Munoz, 53, will be in charge of improving Hyundai’s global car sales, especially in the United States, and enhance profitability with his years of experience in global automobile business operations, the company said. Munoz will also help the company reorganize its overseas operations, a move that started last year to grant more autonomy to each regional office. 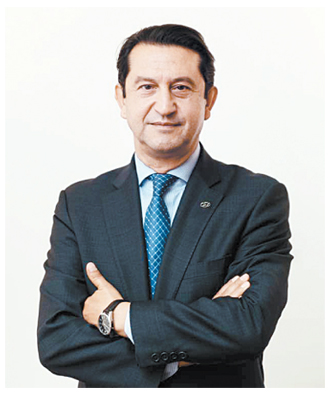 The Friday appointment comes as Korea’s largest automaker by sales has started a major management shift after seeing its sales decline in the United States due to a lack of new models despite increasing demand for sports utility vehicles.

Munoz, born in Spain, was previously chief performance officer and head of China operations for Nissan Motor. He began his career in the auto industry as a dealer for Peugeot-Citroen and built his career at Daewoo Motors’ Iberia unit and Toyota’s European unit. Munoz joined Nissan in 2004 and led its operations in Mexico and North America operations before heading the China unit.

He resigned from Nissan amid the financial scandal surrounding the former Nissan Chairman Carlos Ghosn in January. Munoz was considered a close aide to Ghosn and a potential successor to the Renault-Nissan-Mitsubishi Alliance.