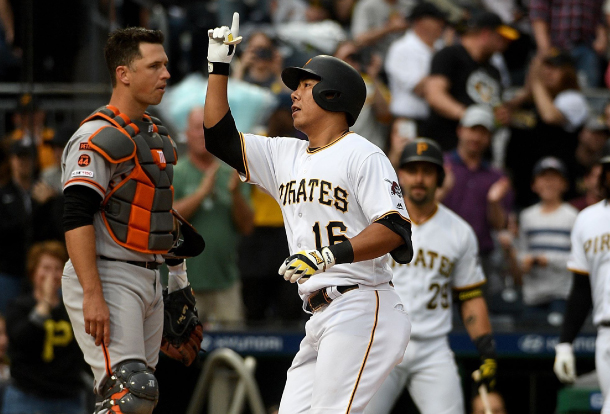 Kang Jung-ho of the Pittsburgh Pirates, center, reacts after hitting a solo home run at the bottom of the fourth inning during a game against the San Francisco Giants at PNC Park in Pittsburgh on Saturday. This was Kang’s third home run of the season, putting his batting average at .154, as of Saturday. The Pirates won the game 3-1. [GETTY IMAGERS/YONHAP]