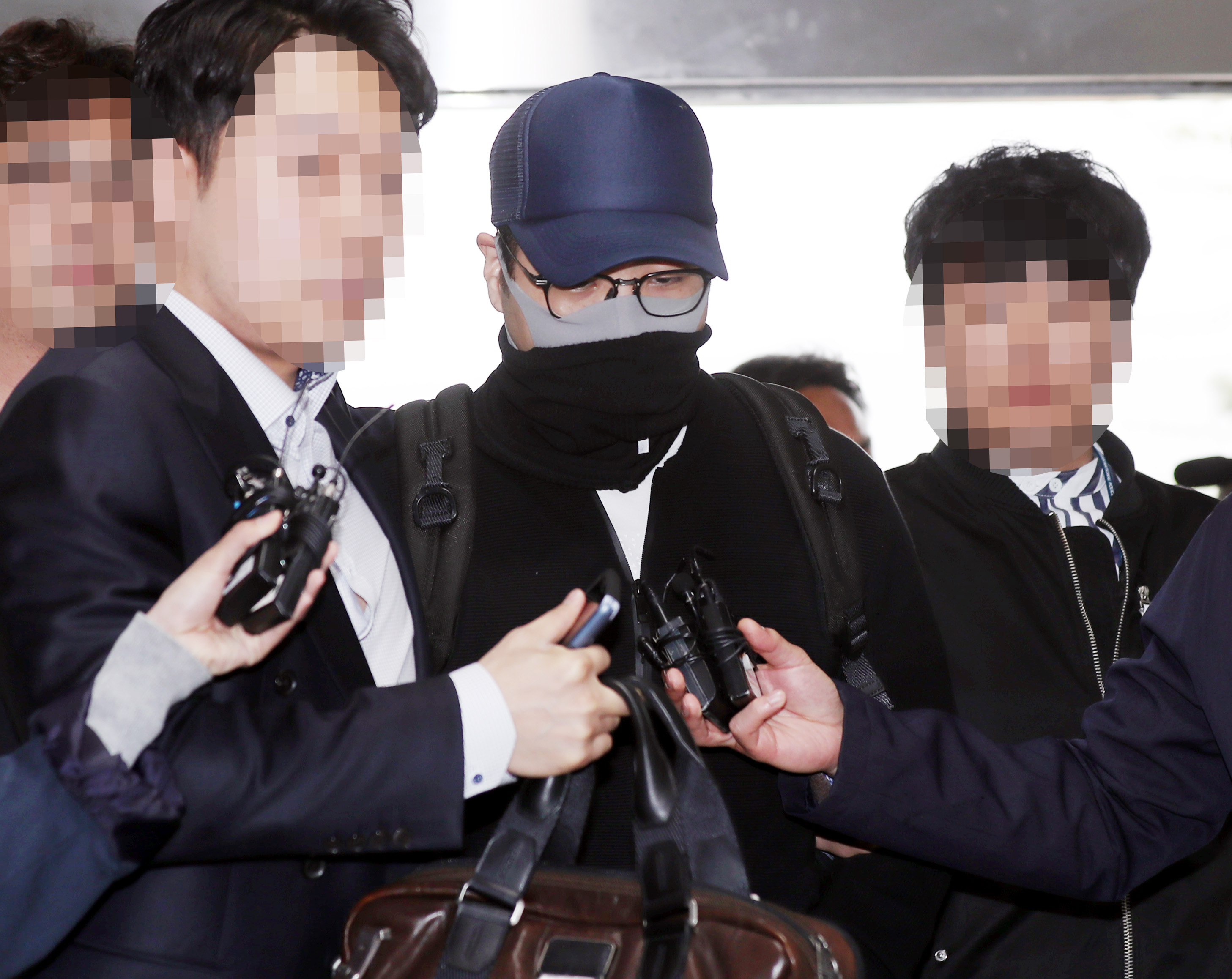 Chung was in Britain since late February but returned to Korea to submit to police investigations, according to authorities.