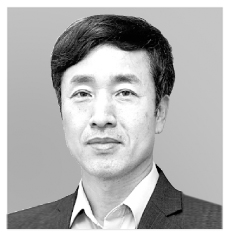 Chung Jae-hong
The author is an editorial writer of the JoongAng Ilbo.

“A sword can be more fearful when it is in the scabbard than when it is drawn,” President Moon Jae-in told colonels and generals invited to the Blue House for promotions last week. He asked the new generals to lead an army of peace through powerful force. His comment stood in stark contrast to a remark by Vincent Brooks, the former Army general who commanded the U.S. Forces Korea. In a forum held in Seoul in June last year, the general emphasized it was important not to forget how to use the sword even when it is in the sheath.

As President Moon said, one should think twice before unsheathing one’s sword. Yet, at times, the swordsman should show his blade, as well as what he is capable of, in order to humble his opponent. Military power should be restrained, but should nevertheless retain its readiness. If the commander in chief says the sword can be most fear-inspiring when unsheathed, it could be interpreted as an order for the military to not use its force. Brooks, on the other hand, stressed the need to remember how to use the blade.

Global leaders emphasize military readiness for a stronger nation. Attending a U.S. Naval Academy commencement ceremony in May last year, Trump said the United States has become respected again because of “peace through strength” and touted a winning military. In a speech to military command in November 2017, Chinese President Xi Jinping said the Army must uphold the mission from the party and people to build a winning force.

North Korea’s denuclearization path has become muddled after the breakdown of the U.S.-North Korea summit in Hanoi, Vietnam, in February and an equally unproductive summit between Moon and Trump in Washington on April 11. Military tensions will escalate if North Korea renews missile and nuclear tests. North Korean leader Kim Jong-un has lately turned belligerent. Last week, he attended a military drill showcasing a tactical firearm test and told soldiers that “peace has not arrived on the Korean Peninsula, nor have the aggressions of the hostile forces disappeared.” He went on to say, “Only a strong military can guarantee peace,” boasting that the country can make any type of weapon if it wants to.

Kim is more realistic about the status quo of the Korean Peninsula. Peace remains unstable, and only strong military power can ensure peace. Military power is backed by powerful weapons and capable soldiers with high morale. While the North Korean leader orders his army not to let down its guard, Moon is doing the opposite.

Moon has missed the joint memorial services for soldiers victimized in sea skirmishes with North Korea for the second year. The memorial on March 22 was held to honor five naval soldiers who died during a sea battle with North Korea near the maritime border in the West Sea on June 29, 2002, and 46 sailors who died with the sinking of the Cheonan warship by a North Korean torpedo in 2010. When five soldiers died from a patrol chopper crash in July last year, Moon only sent flowers to the funeral without attending.

A soldier’s honor is the pride of serving the nation for which they stake their life. The president has the utmost duty to appreciate and honor the soldiers who died while serving the nation and their bereaved families. Soldiers cannot be expected to fight to their best if they feel their services are not honored. Soldier will only put up their lives for the commander they respect. The president must give soldiers the highest esteem and promote a strong and winning army to ensure peace for the nation.

Gen. Douglas MacArthur said a commander can be forgiven for a failed operation, but not for negligence in guard. The commander in chief of a nation facing North Korea that can attack at any time has the duty to ensure the military is at its highest state of vigilance to strike back.