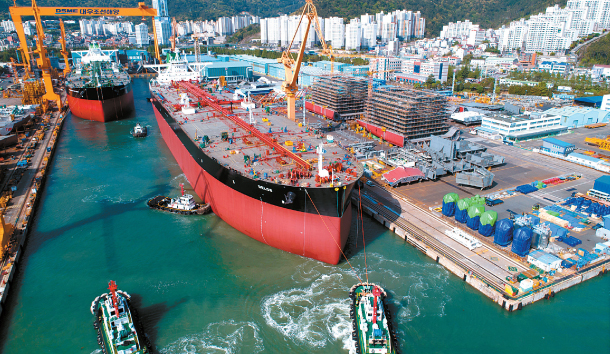 Two new very large crude carriers (VLCCs) take to the water Saturday at a Daewoo Shipbuilding and Marine Engineering shipyard in Geoje, South Gyeongsang. The shipbuilding company said Monday it launched two of four VLCCs in construction ordered by European shipowners. It is the first time since 1993 that four VLCCs have simultaneously been built at the shipyard. [DAEWOO SHIPBUILDING AND MARINE ENGINEERING]