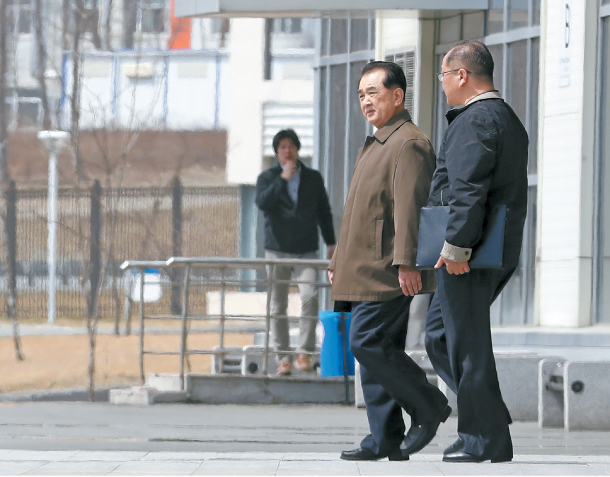 North Korean leader Kim Jong-un’s departure for Vladivostok is looking imminent as his first summit with Russian President Vladimir Putin is expected to take place as early as tomorrow. Officials on the ground are scouting venues and tightening security.

If Kim takes his special armored train, he could travel overland some 1,179 kilometers (732.5 miles) from Pyongyang to Vladivostok, a trip that could take up to 24 hours, according to experts.

A direct flight from Pyongyang to Vladivostok would take just one and a half hours, a distance of some 700 kilometers as the crow flies.

A Seoul government official said Monday, “If Chairman Kim flies on his private jet, the Chammae-1, he could depart on the same day, but if he rides the train, he would depart from Pyongyang today or tomorrow.”

The Kremlin last Thursday announced that the North Korean and Russian leaders will meet in the second half of April on Putin’s invitation.

While Russia hadn’t officially confirmed dates as of Monday afternoon, the Kim-Putin summit is expected to be held in Vladivostok tomorrow or on Thursday. Putin will visit Beijing Friday and Saturday and make an address at the second Belt and Road Forum for International Cooperation, hosted by Chinese President Xi Jinping.

Thus Kim would have to depart at the latest Tuesday afternoon to make it on time to Vladivostok by train.

Experts point out that the train tracks are aged so it would be difficult for Kim’s special armored train to travel at a speed beyond an average of around 60 kilometers per hour.

Ahn Byung-min, a senior researcher at the Korea Transport Institute, pointed out, “It takes nearly 20 hours to travel 1,179 kilometers from Pyongyang to Vladivostok, and because North Korea and Russia’s railroad tracks differ, it takes over three hours to change the wheels of the train.”

Kim flew to his first summit with U.S. President Donald Trump in Singapore last June, unlike his father and former leader Kim Jong-il and grandfather and North Korean founder Kim Il Sung, who traveled outside of the country only by train.

However, for his second summit with Trump in Hanoi, Vietnam, in February, Kim Jong-un traveled over 60 hours by train.

While flying would be more convenient, a train ride offers lots of possible symbolism for Kim Jong-un.

The late Kim Jong-il took a train to Vladivostok in August 2002 to meet with Putin. The Russian president made an official visit to Pyongyang in June 2000.

The train ride from Pyongyang could take a route passing Tumen and Hunchun in China’s Jilin Province bordering the North. This could signify the traditional trilateral cooperation between North Korea, China and Russia, amid an impasse in the denuclearization dialogue with the United States.

Kim Jong-un could take another route passing North Korea’s port city of Rajin and Khasan, a border city in Russia’s Far East, which could symbolize Pyongyang and Moscow’s economic cooperation.

The Rajin-Khasan logistics project has been representative of North Korea and Russia’s joint rail and port development and economic and trade relations. It also leaves room for three-way cooperation with South Korea.

However, experts are not ruling out the possibility of Kim choosing at the last minute to fly as there have been indications from both countries of flight preparations.

As was the case when he traveled to Vietnam for the second North-U.S. summit in Hanoi at the end of February, Kim may switch from train to car at a Russian border station.

Kim switched to an armored vehicle after traveling some 4,500 kilometers by train to Dong Dang Station in Vietnam’s northern Lang Son Province to complete the final stretch of his trip to Hanoi.

Kim Chang-son inspected a Vladivostok station during a visit to Russia last month.

Japanese media reported that the North Korean leader may visit the Mariinsky Theatre, the Russian Navy’s Pacific Fleet headquarters or a public aquarium during the trip, based on venues that Kim Chang-son toured.

“The utmost security is being maintained for Chairman Kim’s movement to the point that North Korea and Russian authorities have fixed the schedule but made no announcement,” a South Korean former intelligence agency official said. “They would be preparing various decoy schedules to cause confusion for neighboring countries and also to prepare for the unexpected.”

There is also interest to see if the summit will produce a joint Kim-Putin statement, especially if North Korea and Russia would put forward a plan toward denuclearization on the Korean Peninsula, which could also put pressure on the United States.

A North Korean source that recently visited Vladivostok told the JoongAng Ilbo Monday that, according to Kremlin and Pyongyang officials, the two sides “have made final negotiations for key agenda items such as plans to reduce nuclear weapons under North Korean and Russian leadership and joint management of North Korea’s medium and long-range missiles, including intercontinental ballistic missiles.”

North Korea could also seek cooperation on gas pipelines and to bolster trade.

Some analysts are pointing out that the two sides may propose a new method for the reduction of nuclear weapons in North Korea as an alternative to Washington’s demand for final fully verified denuclearization, which would likely mean eventually sending Pyongyang’s nuclear arsenal to the United States.