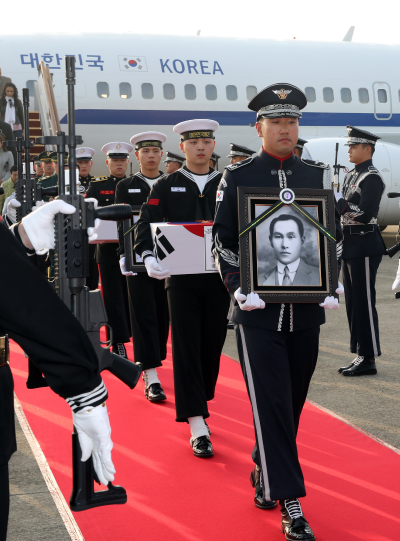 The remains of two Korean independence fighters against Japanese colonial rule (1910-45) - Gye Bong-woo and Hwang Woon-jeong - along with the remains of their wives arrive at Seoul Air Base in Seongnam, Gyeonggi, on Monday from Kazakhstan. The repatriation of their remains comes as Korea marks the 100th anniversary of the establishment of the Korean provisional government in Shanghai this year. [NEWS1]