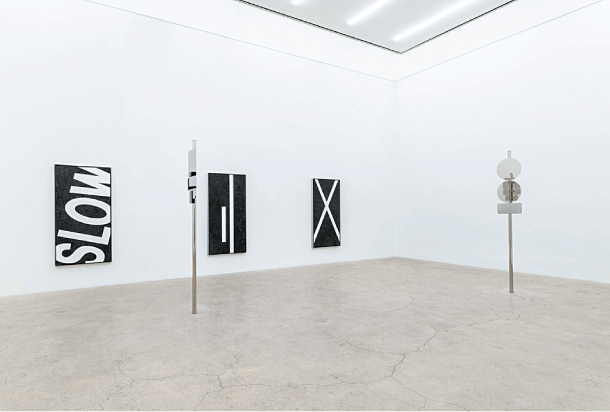 Through Sunday: In this solo exhibition, the famous Scandinavian artist duo Elmgreen & Dragset presents sculptures, paintings and installations that seem to hover between abstract art pieces and reproductions of everyday objects. The works raise questions about the relationship between the human body and the designs that surround us every day in social, political and historical contexts.

The exhibit includes the “Adaptation” series, which are the mirror-polished stainless-steel road signs without text or symbols for instructions but mirror the space around them; “Looped Bar,” a circular bar whose stools are trapped inside the looped counter and are inaccessible from the outside; and “The Influence, Fig. 1 & Fig. 2,” a pair of male torsos with marks on their waists, whose places are switched with each other at intervals by two male performers. 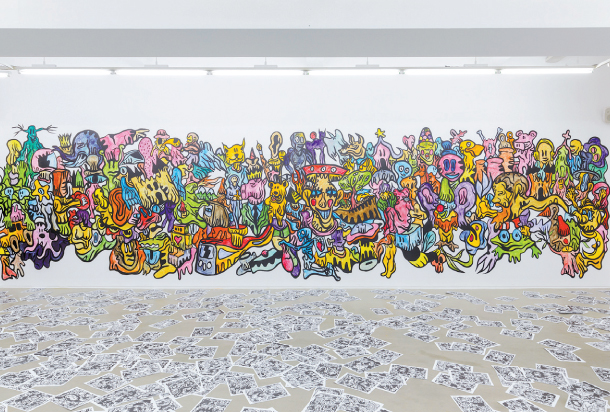 IMMORTALITY IN THE CLOUD

Through May 12: The exhibition features six artists’ works about memory, microhistory and mythology as a way of remembering history, which has been driven by the human desire for immortality.

The works on view include an installation by Fabien Verschaere, an animated film by Hayoun Kwon, and spectacular three-channel video work by Yiyun Kang. Among the other works on display are webtoon-like drawings by Woosung Lee; performance-installation by Eunji Cho, and paintings by Suh Yongsun juxtaposed with news clips.

Through May 19: Amorepacific Museum of Art (APMA), which opened last year in the cosmetics giant’s new headquarters near Sinyongsan Station in central Seoul, presents this exhibition to highlight contemporary art pieces among its collection. 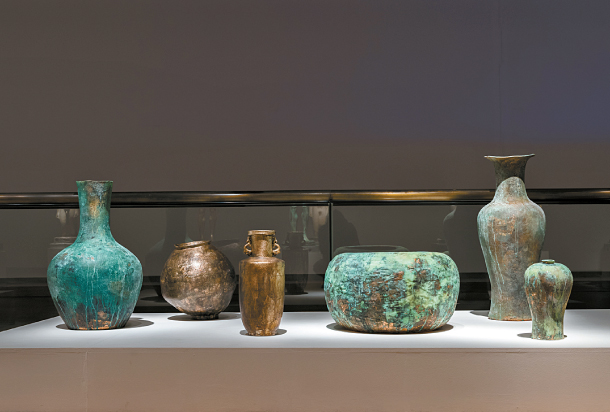 Through May 19: The solo show of London-based Korean artist Meekyoung Shin features her soap sculptures, which look like ancient artifacts.

Shin condenses and visualizes the flow of time that artifacts go through with her soap works.

Some of them, which appear to be made from rusty bronze, were actually made from soap and then finished with oxidized copper. The exhibition is an extended and enriched version of her solo show held last summer at Arko Art Center in central Seoul. Admission is 5,000 won for adults. The museum is closed on Mondays. Take bus No. 700 at the Singyeongju Station KTX and get off at the Hilton Gyeongju stop.

Through June 13: A solo show by Sunpil Don, 35, features 10 installation pieces and sculptures that the artist created mainly with action figures and other character dolls.

The artist not only collects action figures but has also researched their history and their evolution in the context of cultural anthropology and sociology, and has written books about action figures.