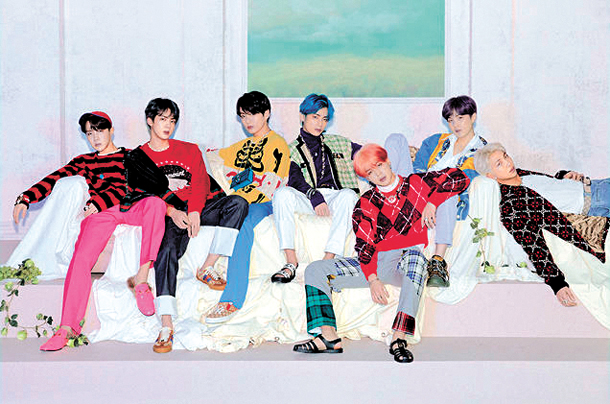 BTS has outdone itself once again, reaching No. 7 on the Billboard Hot 100 chart that was updated on Monday.

The song is “the act’s second Hot 100 top 10 and the highest-charting song for a K-pop group, besting BTS’s own ‘Fake Love,’ which debuted and peaked at No. 10 in June 2018,” Billboard wrote on its website.

BTS is now the first Korean group and the second Korean act to have two songs make the top 10 of the Billboard Hot 100, according to the U.S. music chart.

The feat was first achieved by the singer Psy when the 2012 hit “Gangnam Style” reached No. 2 on the chart and then was followed up in 2013 by “Gentleman,” which hit No. 5.

“Boy With Luv” also ranked No. 5 on the Billboard Streaming Songs chart - the highest ever for the group - and No. 3 on the Digital Song Sales chart.

BTS also became the first band after The Beatles to have three albums appear on the Billboard 200 albums chart within a year.