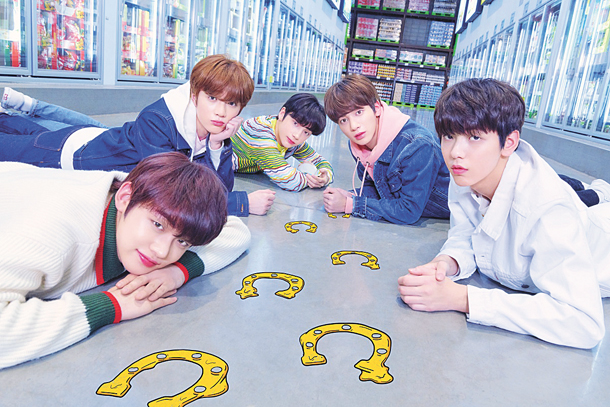 On Monday, the U.S. radio broadcaster revealed the first lineup for the annual music event, scheduled to be held on June 1 at Dignity Health Sports Park in Los Angeles, where TXT was listed alongside the Jonas Brothers, Halsey, 5 Seconds of Summer, Zedd and Ally Brooke.

It’s been less than two months since the quintet made its debut with their first EP “The Dream Chapter: STAR,” but they’ve enjoyed a great deal of success - just like their agency-mates BTS.

Not only did the music video for their lead track “CROWN” garner 14.5 million views on YouTube within the first 24 hours of its release, but the group also sold out its entire upcoming U.S. showcase series set to begin on May 9 in New York. The tour will then take the group to Chicago, Orlando, Atlanta, Dallas and Los Angeles.