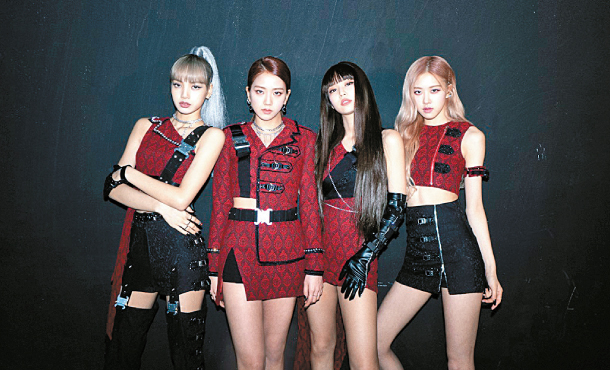 The quartet’s latest EP, “Kill This Love,” also its title track, sat at No. 93 on the Billboard 200 albums chart and at No. 73 at the Hot 100 chart on the latest update of the U.S. music chart made on Tuesday.

According to the agency, this is the first time for a girl group to have its works rank on two of Billboard’s main charts for two consecutive weeks.

The main track, “Kill This Love,” also sits at No. 48 of Britain’s Official Charts, 15 places lower than last week.

“This performance is very meaningful in that it shows a promising future for the steady growth of K-pop in the mainstream pop music market in the United States,” the agency said.

Blackpink recently kicked off its North American tour on April 17 in Los Angeles and in Chicago on Wednesday. Its journey will continue on to Canada on Saturday.