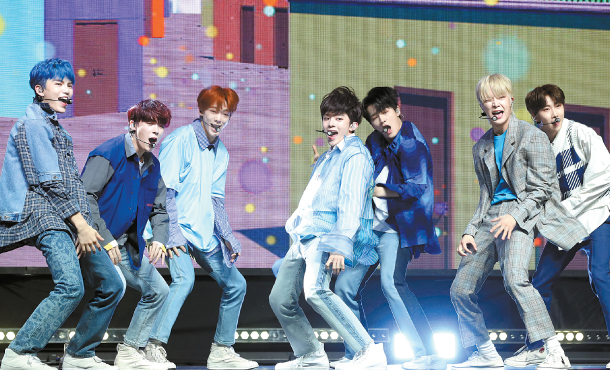 Rookie boy band Verivery performs its new song “From Now” for the first time in front of local press during a showcase event held on Wednesday afternoon at the Yes24 Live Hall in Gwangjin District, eastern Seoul. The septet’s second EP “Veri-able” was released on Wednesday evening. Verivery made its debut on Jan. 9 this year. [NEWS1]