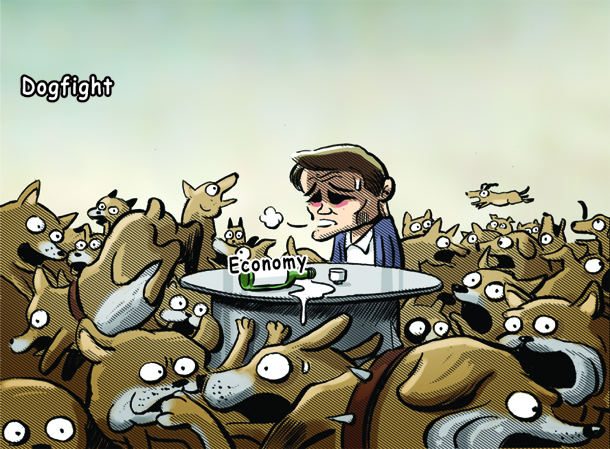 When the Bank of Korea on Thursday announced that the country’s GDP declined by 0.3 percent between January and March, lawmakers from the ruling and opposition parties were brawling in the National Assembly over the fast-track designation for a bill to create a new investigative agency for senior government officials.