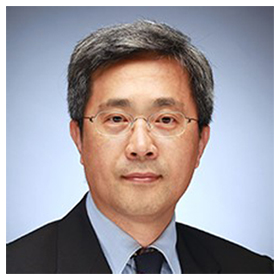 Lee Byong-chul
The author is assistant professor at the Institute for Far Eastern Studies, Kyungnam University.

“Sorry, Mr. Trump. I’m not afraid of your sanctions. Neither do I have any interest in what you call a big deal.” This might be the message that North Korean leader Kim Jong-un wanted to deliver to U.S. President Donald Trump on April 12 in a speech to his country’s rubber-stamp legislature, the Supreme People’s Assembly. At the time, he said, “I am willing to accept if the United States proposes a third North Korea-United States summit on the condition that it has a right attitude and seeks a solution that we can share.”

Academic papers on the trajectory of North Korea’s nuclear weapons program have long indicated that it is fundamentally aimed at countering the United States’ hostile policy of threatening the survival of the communist regime. In the late 1950s, the original North Korean scientists and engineers involved in a primitive nuclear project code-named its clandestine Yongbyon nuclear facility as a “furniture factory.” It is not illogical that North Korea would seek to emulate what other nuclear-armed countries did — making tremendous sacrifices to emerge as a full-fledged nuclear power. Zulfikar Ali Bhutto, the former prime minister of Pakistan, famously boasted that his countrymen would “eat grass” to produce the Pakistani bomb. Pakistan ultimately built a nuclear arsenal, but only at a tremendous financial cost. The poverty-stricken North Korea was not an exception.

Many experts here claim that Kim now have no reason to fear American retaliation as the North’s ability to produce components for its nuclear weapons program has significantly improved. While there has been a combination of sticks (threats and sanctions) and carrots (economic aids and half-baked construction of light water reactors) to freeze the North’s nuclear weapons program, the United States failed to coerce the recalcitrant regime into abandoning the program. The reason has to do with the long history of deep-rooted mutual distrust between Washington and Pyongyang. In particular, North Korea, which obsessively worries about appearing weaker to Uncle Sam after witnessing the killing of the Libyan leader Muammar al-Qaddaffi in 2011, remains suspicious of the United States that a tangible rapprochement is not within reach.

Along the way, it is not surprising that Pyongyang has strategically gamed the international norms and rules almost created by the United States. North Korea’s nuclear capabilities have been unexpectedly rapid. It now appears to be nearing the day when it can produce a warhead small enough to fit onto a long-range missile. It is just the matter of time. Kim may attempt to put the Korean Peninsula into confusion when — and if — he cannot strike a deal on denuclearization with the myopic Trump administration. It is hard to remain optimistic at this point, especially for South Koreans who have no option other than living with the North’s nuclear weapons.

All in all, South Korea should approach the high-wire denuclearization challenge from as many angles as possible, downplaying the consequences of Kim’s unrealistic “muddling through by eating grass” tactics. Kim’s pseudo-brinkmanship may be an effective menace under specific conditions, but its record of success is lower than what people generally think. South Korea, the master of the fate on the peninsula, needs to work on a carefully combined basis of credible promises and credible threats. Behind this tone lies a belief that President Moon Jae-in would keep his head. Importantly, the left-leaning Moon understands that South Korean prosperity is closely linked to an end to the Korean War, whose kind of historical analysis is of no interest to someone like “Trump, for whom foreign policymaking has nothing to do with an informed reading of history.”

On top of this, Moon should let Kim know the simple fact: His nuclear weapons are no longer a royal flush in international politics; his nuclear brinkmanship, which has often been taken for granted in the previous U.S. presidents, does not work in the so-called Trumpism. Trump, who appears ready to get his hands bloody instead of throwing up his hands in horror and who cares less about the dissents of internal oppositions than his predecessors, must be a far more irrational madman than the ruthless autocrat in Pyongyang. It‘s time for the Seoul government to focus on altering his behavior by taking actions that serve South Korea’s interests.