LEE DONG-HYEON
The author is the deputy industrial team editor at the JoongAng Ilbo. 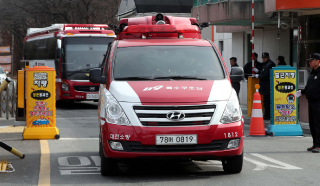 On July 27, 2011, employees of DuPont Korea received a group text from the company. The company advised employees to work from home unless absolutely necessary due to heavy rainstorm. While it would be unusual for other companies, DuPont employees followed the instruction nonchalantly. When a heavy snowstorm hit a few years ago, all employees were dismissed early. On the day that the heaviest rain in 100 years fell, 16 people died from landslides at Mount Umyeon.

In February, three workers died in an explosion at Hanwha’s plant in Daejeon. Korea suffers more than 17 trillion won ($14.6 billion) in losses from industrial disasters annually. While Korea’s per-capita national income is over $30,000, there is no excuse that the country could be labeled “underdeveloped” when it comes to industrial accidents.

Global chemical company DuPont has no threshold in doors at factories and offices around the world. All corners in their corridors have convex mirrors. Sharp objects like pens and scissors must be stored with sharp parts down. These rules are defined in company bylaws, and intentional or repeated violation could hinder promotion. DuPont suffered a number of explosions in its early days when it produced black powder. An explosion in 1815 killed one-third of the employees, and the wife of the founder was injured badly.
After the accidents, DuPont transformed into the safest workplace on earth.

It is only human to make mistakes. Oversight is possible even after repeated checks.

DuPont believes that the eyes of a trained group takes mistakes to near zero. Accidents can be minimized by checking again and again. It is foolish to fix a problem after an accident happens. But it would be even more foolish not to fix the problem and prevent future accidents. Nothing is more important than the safety of family and neighbors.