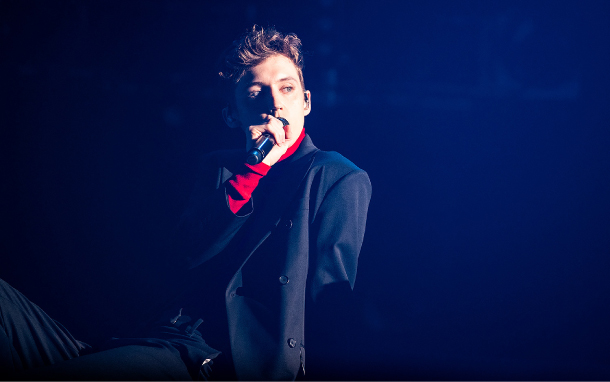 Singer Troye Sivan performs at Olympic Park in southern Seoul on Saturday as a part of “The Bloom Tour.” The singer performed a sold-out show in front of an crowd of 15,000. His last appearance in Korea was at the 2016 Jisan Valley Rock Music and Arts Festival. [YONHAP]