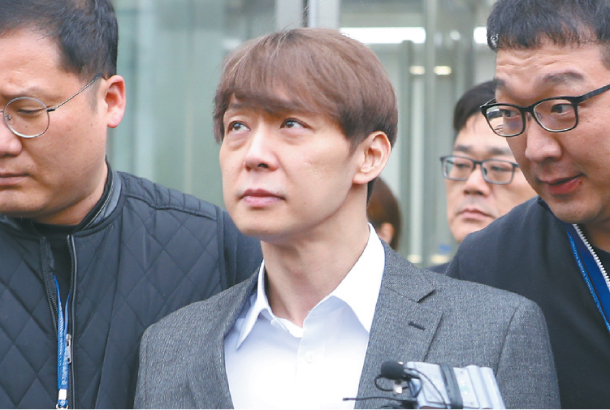 Police have begun another round of investigations into singer Park Yu-chun after his arrest warrant was granted on Friday evening by the court.

On Saturday, police announced that they will be looking into whether Park had taken illegal drugs on occasions other than those already revealed.

Police suspect that Park and his former fiance Hwang Ha-na bought 1.5 grams of methamphetamine in February and March this year, and that they took them themselves on five occasions.

Police found no drugs at either of Park or Hwang’s homes during a raid carried out on April 16.

“We will be getting a confession from Park, who keeps denying his crime, and bring the truth to light,” police said.

Investigations will extend to the drug dealer who sold the methamphetamine to the couple by tracking the number Park called the day he is suspected of having bought the substance.

Surveillance camera footage shows Park transferring money through an A.T.M. in Seoul, then picking up a package 30 minutes later. Police suspect the package contained the drug.

Park argued that he had “done everything for Hwang Ha-na” during questioning, and pleaded not guilty during the court hearing for the arrest warrant last week.