Oh gets first loss of the season, Choo gets third home run

Oh gets first loss of the season, Choo gets third home run

An unpredictable season has taken a turn for the worse for the Colorado Rockies’ Oh Seung-hwan. 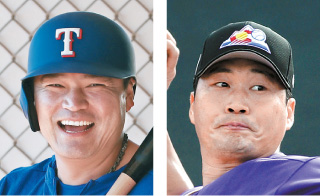 The Korean reliever was charged with his first loss of the season against the Atlanta Braves at SunTrust Park in Atlanta on Sunday after giving up three runs in two-thirds of an inning. The Braves rallied for an 8-7 win.

Oh dropped to 1-1 for the season, and his ERA jumped from 4.50 to 6.75. He has appeared in a dozen games so far this season and has allowed eight earned runs in 10 and two-thirds innings.

Oh took the mound to open the bottom eighth, with the Rockies nursing a 7-5 lead.

After retiring Dansby Swanson on a groundout, Oh gave up a single to Tyler Flowers.

Ender Inciarte lined out to left field as Oh moved to within an out of getting out of the inning unscathed.

But then Ozzie Albies kept the inning alive with a single. And Josh Donaldson blasted a go-ahead, three-run home run to right field, putting the Braves up 8-7 in Oh’s first blown save of 2019.

The Braves weren’t done against Oh, who promptly served up a single to Freddie Freeman and walked Ronald Acuna Jr. before being lifted for Mike Dunn.

Dunn retired Nick Markakis on a fly out to prevent further damage. The Rockies failed to cash in after putting two men on board with nobody out in the top of the ninth, as Oh ended up as the losing pitcher.

The 35-year-old right-hander is in his fourth major league season. He never had an ERA above 4.00 at any point during the 2018 season, split between the Toronto Blue Jays and the Rockies.

After giving up eight home runs in 68 and one-third innings in 2018, Oh has already been touched for three long balls in 10 and two-thirds innings so far this year.

Opponents are batting .340 against Oh, whose worst opponents’ batting average for a season is .285 from 2017.

While Oh is off to another inconsistent season, Choo Shin-soo of the Texas Rangers is slowly getting back in shape for the season.

The Korean designated hitter belted his third home run of the season as part of a three-hit game against the Seattle Mariners at T-Mobile Park in Seattle on Sunday, as the Rangers routed the home team 14-1.

Choo has now hit safely in five consecutive games, a streak that includes three multi-hit games. Choo began the season three-for-18 in his first five games, but has gone hitless in just five of his next 21 games. Since April 20, Choo has been batting 13-for-39 with 10 runs scored.

Choo led off the game with a single off Seattle starter Erik Swanson. Choo lined out to left in the third and grounded out to second in the fourth. In his fourth time up, he struck out swinging.

But the 36-year-old veteran bounced back with an RBI single in the seventh and then punctuated his productive day at the dish with a solo home run in the top of the ninth inning against reliever Connor Sadzeck.

The Rangers pounded out 17 hits, with Choo among three players with three hits.