Bolton shoots down a return to 6-party format

Bolton shoots down a return to 6-party format 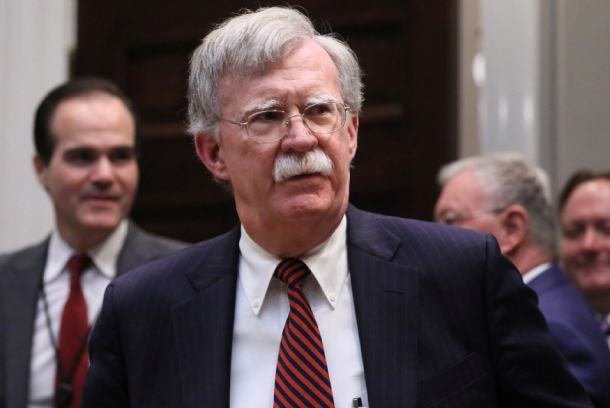 John Bolton, the U.S. national security adviser, said Sunday that a revival of six-party talks, a diplomatic platform favored by Moscow, was not Washington’s preferred approach to North Korean denuclearization.

In an interview with Fox News Sunday, Bolton pointed out that Washington prefers one-on-one diplomacy over the multilateral approach of the six-party talks, which involves the two Koreas, China, Japan, Russia and the United States.

“I think it’s not just what our preference is,” said Bolton. “I think Kim Jong-un, at least up until now, has wanted the one-on-one contact with the United States, which is what he has gotten.”

Russian President Vladimir Putin in a press conference Thursday in Vladivostok after his first summit with North Korean leader Kim Jong-un suggested that the six-party format should be restored in the future. It was abandoned by all sides in 2008.

While Putin said “right now” may not be the right time to resume the six-party format, he pointed out that when security guarantees for North Korea are being negotiated, “international guarantees will have to come into the picture” because “it is unlikely that agreements between two countries will be enough.”

He said it’s up to North Korea whether security guarantees from the United States or South Korea are “enough.”

Putin added that they will likely not be, and “then this six-party talks format will certainly be highly relevant to develop a system of international security guarantees for North Korea.”

Bolton, a hard-liner on North Korea policy, told Fox News that the “six-party approach failed in the past.”

The United States would individually consult with China, Japan, Russia, and South Korea, “so, it’s not like they are excluded,” he pointed out.

Bolton was recently labeled by North Korean Vice Foreign Minister Choe Son-hui as “dim-sighted,” a criticism Bolton laughed off in the interview.

Trump “is still ready to have a third summit when the time is right,” said Bolton, and “feels pretty strongly about it,” despite the impasse in denuclearization negotiations, especially since the second North-U.S. summit at the end of February collapsed without a deal.

Bolton however rejected the step-by-step approach favored by Pyongyang of allowing some sanctions relief in return for some steps toward denuclearization.

Such an “idea of taking one step on each side was what Kim proposed in Hanoi,” Bolton said, adding that U.S. President Donald Trump “responded with what he called the big deal to try and persuade Kim Jong-un to walk through the door he had opened in Singapore last year to a much brighter economic future for North Korea.”

He added, “The past policies that have tried a step-by-step approach have all failed.”

He was likely referring to the U.S. president looking out for the interest of his own country.

Bolton, however pointed out that Russia and China “could tighten up their enforcement of the sanctions” to “keep the pressure on North Korea.”

He said, “But I think President Putin would love to see the possibility of a rail link between Russia and South Korea. Not North Korea, there’s not much trade there, but I think he sees advantages and I have no doubt he is pursuing them,” adding, “that’s very typical of Putin.”

Bolton seemed to be acknowledging Russia’s vision of connecting the Trans-Siberian Railway to a Trans-Korean Railway.

Putin in his summit with Kim discussed trilateral railway projects with the two Koreas and Russia, the laying of gas and oil pipelines and the possible construction of a cross-border power grid. But such projects are restricted currently because of the international sanctions on North Korea.

During last week’s press conference, Putin said, “all of this is possible” and could also be in the “interest” of South Korea but that “certain allied obligations” to the United States always gets in the way and “everything stops at a certain moment.”