Familiar faces will be joined by new players on Korea’s training camp roster for this year’s FIFA Women’s World Cup. 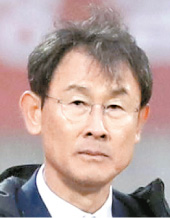 The Korea Football Association (KFA) announced the 28-player camp roster, to be coached by Yoon Duk-yeo. They will begin training at the National Football Center (NFC) in Paju, north of Seoul in Gyeonggi Province, on May 7, in preparation for the June 7-July 7 Women’s World Cup in France.

Yoon will cut five players and announce his final, 23-deep roster after the last pratice on May 17. The team will depart for Sweden on May 22 for some tuneup matches before traveling to France on June 2.

Korea will face France, Norway and Nigeria in Group A, and their first match will be against the host nation on June 7 at Parc des Princes in Paris.

Of the 28 players, 13 competed at the previous Women’s World Cup in Canada in 2015. And five of the 28 weren’t on the team for any of the seven matches the Taeguk Ladies have played so far in 2019.

One is goalkeeper Jeon Ha-neul, who will be with the senior team for the first time. She represented the country at the 2012 U-20 Women’s World Cup.

Midfielder Kang Chae-rim, who got her first international cap in a friendly against Iceland on April 9, will try to add to that total at the World Cup.

Though she isn’t an international rookie, midfielder Kim Yun-ji may as well be one. The 29-year-old, who has two caps, received her first call-up since January 2009.

Hwang Bo-ram, a starting defensive back at the 2015 World Cup, has rejoined the national team after not making the squad for the past three years, while her 2015 teammate, Kim Do-yeon, got her first call-up in 11 months.

Due to their club commitments, Cho and Ji will report to the national team on May 14, while Lee will arrive here on May 19.’

There are four goalkeepers, nine defenders, 10 midfielders and five forwards on the camp roster.

“I thought we needed to foster some internal competition for the roster spots, so we decided to call up 28 players,” Yoon said. “New players have been in good form with their clubs, and they should be able to push some of the incumbents really hard.”

This will be the eighth edition of the top women’s tournament, and Korea will be making their third appearance. They were eliminated in the group stage in 2003 and made it to the round of 16 in 2015.