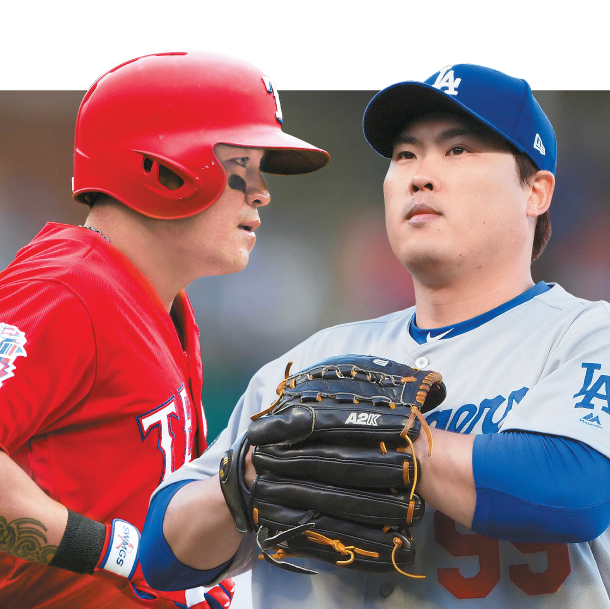 Ryu Hyun-jin of the Los Angeles Dodgers hoped to pick up his first win of the season in an away game, but he had to walk away with a no-decision in a loss to the San Francisco Giants at Oracle Park on Wednesday.

It was perhaps one of the best games of Ryu’s major league career, but he was still unable to pick up a win. Throughout eight innings, Ryu gave up four hits and a run while striking out six batters and tossing 107 pitches.

Ryu got off to a slow start by giving up a hit to the Giants’ leadoff batter Steven Duggar and a two-base hit to Tyler Austin. Following the two batters, Brandon Belt hit a sacrifice fly to allow the Giants to take the lead.

Following a run, Ryu didn’t give up additional runs in the remaining innings and the Dodgers finally tied the game by scoring a run in the sixth inning. Throughout Ryu’s eight innings, the Dodgers had chances to score, but failed to do so.

Once Ryu finally left the mound, the Giants finished the game at the bottom of the ninth inning to win the game 2-1.

“It’s unfortunate when you don’t win a game when he pitched the way he did,” Dodgers manager Dave Roberts was quoted as saying in The Los Angeles Times. “He had command of everything. His entire mix was really good. He was under control and kept those guys off-balance. Certainly, it was his best outing of the year.”

Although Ryu wasn’t able to pick up a win, he was able to lower his ERA from 2.96 to 2.55. This is the first time since a September 16, 2013, game against the Arizona Diamondbacks that Ryu pitched eight innings in a game. Ryu still picked up a loss in that outing. Earlier that season, Ryu pitched a complete game against the Los Angeles Angels on May 28, 2013.

This was Ryu’s second matchup against the Giants this season. On April 2, Ryu gave up two runs in seven innings and picked up his second win of the season. During that game, the two runs Ryu gave up were a home run from pitcher Madison Bumgarner, which was the first time since he joined the majors in 2013 that Ryu gave up a home run to a pitcher.

With the no-decision game, Ryu’s record for the season remains at three wins and a loss. Throughout Ryu’s six games this season, he has only given up two walks while striking out 39 batters.

Ryu is having another solid start of the season this year. He first started in the opening day game against the Diamondbacks at Dodger Stadium and picked up a win, becoming the first Korean pitcher since Park Chan-ho in 2001 to pick up a win in an opening day game in the major leagues. He then picked up another against the Giants.

Ryu had a short break in the season after the third game due to a left groin injury that started last year. After returning from a 10-day injured list, Ryu picked up his first loss of the season against the Milwaukee Brewers, but successfully redeemed himself by picking up his third win of the season in his next game against the Pittsburgh Pirates on April 26.

While Ryu once again struggled to pick up his first win of the season in an away game, Korean player Choo Shin-soo of the Texas Rangers is off to a great start of the month. During a game against the Pittsburgh Pirates at Globe Life Park in Arlington on Wednesday, Choo hit his fourth home run of the season.

Against Pirates’ pitcher Richard Rodriguez’s 90.7 mile-per-hour fastball, Choo hit a two-run home run over the right fence. With Choo’s home run, the Rangers got behind as close as 5-6 but as the Pirates added another run in the eighth, they lost the game 5-7.

Choo was the only Korean major leaguer to play in the Pirates-Rangers series, as the Pirates’ Kang Jung-ho didn’t make an appearance in any of the games. Since Kang’s game against the Dodgers on April 26, when he played against Ryu, his bat has stayed silent, and since April 29, he hasn’t played in any games.

As of Wednesday, Kang has a .160 batting average.