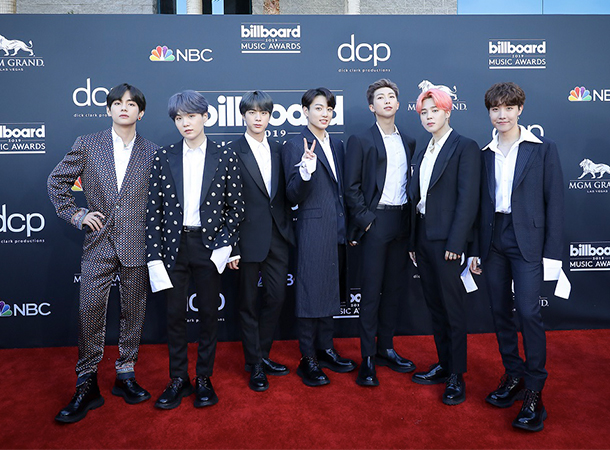 K-pop's biggest stars have topped Billboard’s charts and are now taking home Billboard awards. BTS was named Top Duo/Group for the first time and was given the Top Social Artist award for the third year in a row on Thursday at the Billboard Music Awards (BBMAs).

Thursday's double win came after the success of the group’s 2018 EPs "Love Yourself: Tear" and "Love Yourself: Answer" that topped not only local music charts but charts abroad as well, including Billboard.

In the Top Duo/Group category, BTS was nominated alongside big-name acts such as Imagine Dragons, Maroon 5, Panic! At The Disco and Dan + Shay.

The group is set to perform their latest hit "Boy With Luv” with U.S. pop star Halsey for the first time at the awards show.